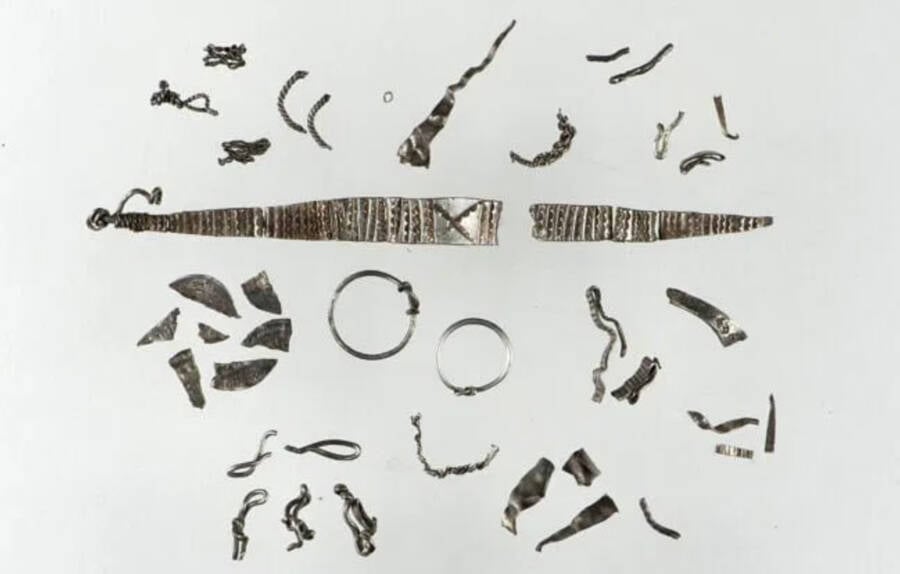 Birgit MaixnerAmong the dozens of silver pieces dating to between 700 and 950 C.E., some of the most impressive and unusual include an Arab coin with Islamic markings and a full Viking armband.

Throughout the early Middle Ages, much of Europe was still using what’s known as the weight economy, a system in which the actual heft of a bartering object was directly correlated with its value. It was only during the Viking era in the ninth century C.E. that the continent truly began pivoting to a more modern, coin-based system in which currency’s value was largely irrespective of its weight. Now, an exciting find in Norway has illustrated this crucial moment in Western history like few discoveries before.

An amateur archaeologist equipped with a metal detector on Norway’s Kongshaug Plateau unearthed an enormous hoard of Viking silver, including rings, necklaces, coins, and dozens of other objects. And while some of these relics belong to the era of the weight economy, others represent proto-modern currency not unlike that which much of the world uses to this day. Experts aren’t sure exactly when each of these artifacts was first forged, but the entire find dates to 700-950 C.E., putting it right in the heart of this critical transition period in Western economies.

Learn the full story behind this astounding discovery here. 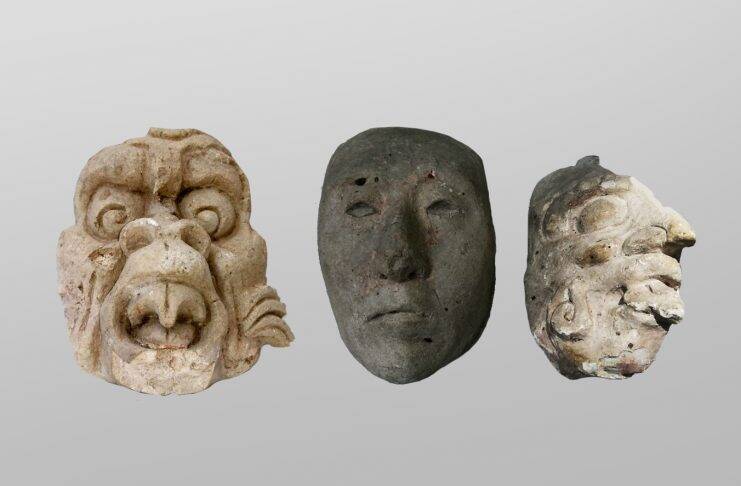 INAHA small sampling of the stucco masks found at the Toniná archaeological site.

The Toniná archaeological site in southern Mexico is proving to be a treasure trove of pre-Columbian Maya relics, as a team of archaeologists working in the region recently unveiled a large number of carved stone masks worn by the ancient population.

Many of these stucco pieces, they say, were found in and around a structure known as the House of the Recreation of the Universe, near the Sunken Plaza of the Palacio de los Caracoles, both of which date back to around 650 C.E. 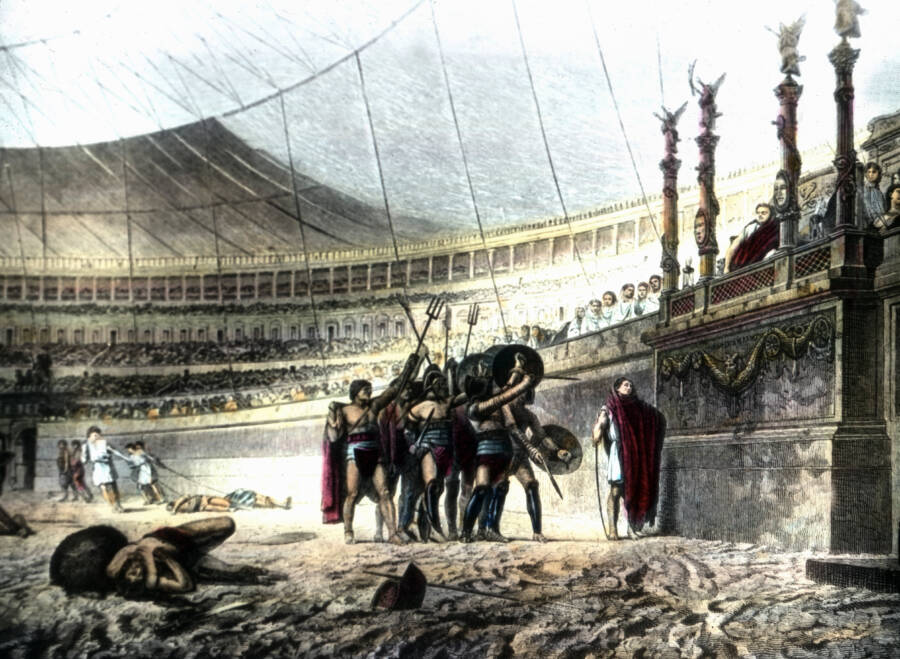 For the past year, archaeologists have been conducting a study of the drainage systems beneath the Colosseum in Rome — which has led to the discovery of bone fragments of bears, big cats, and even small dogs. 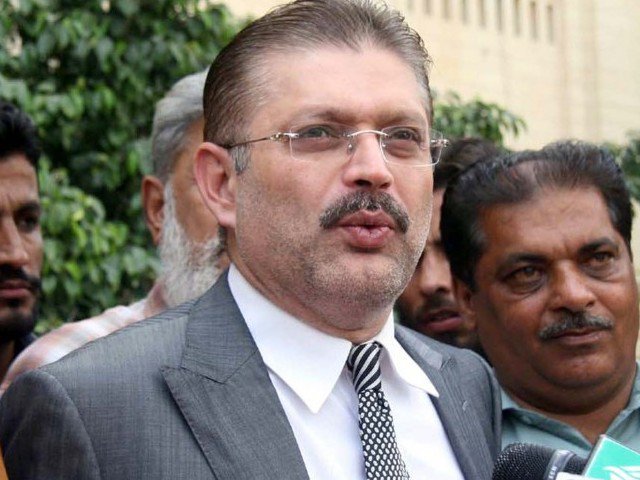 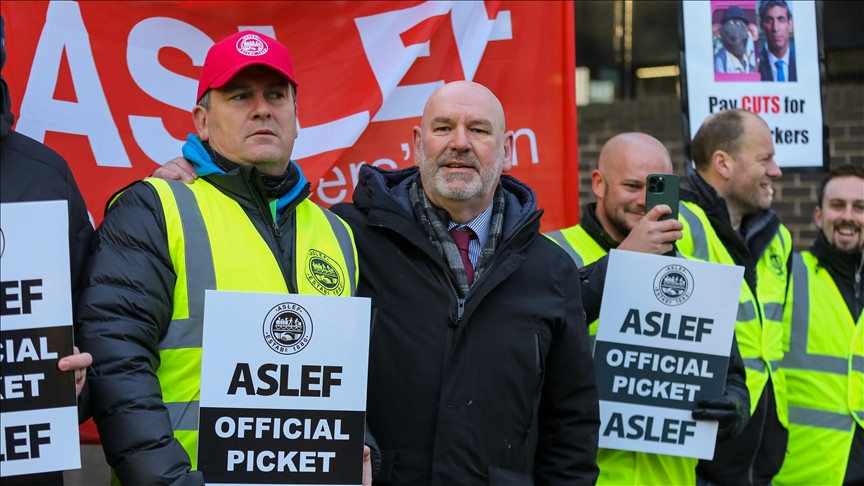 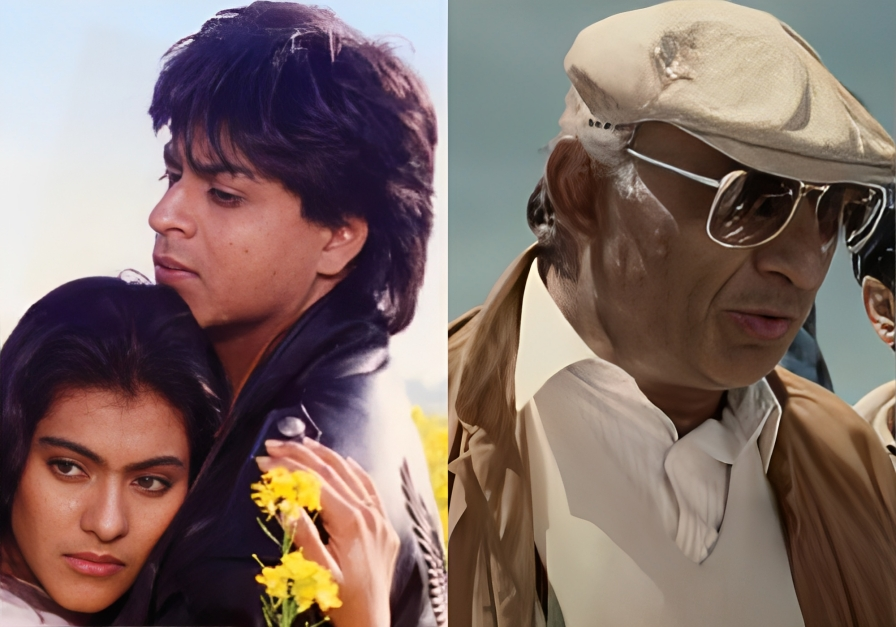