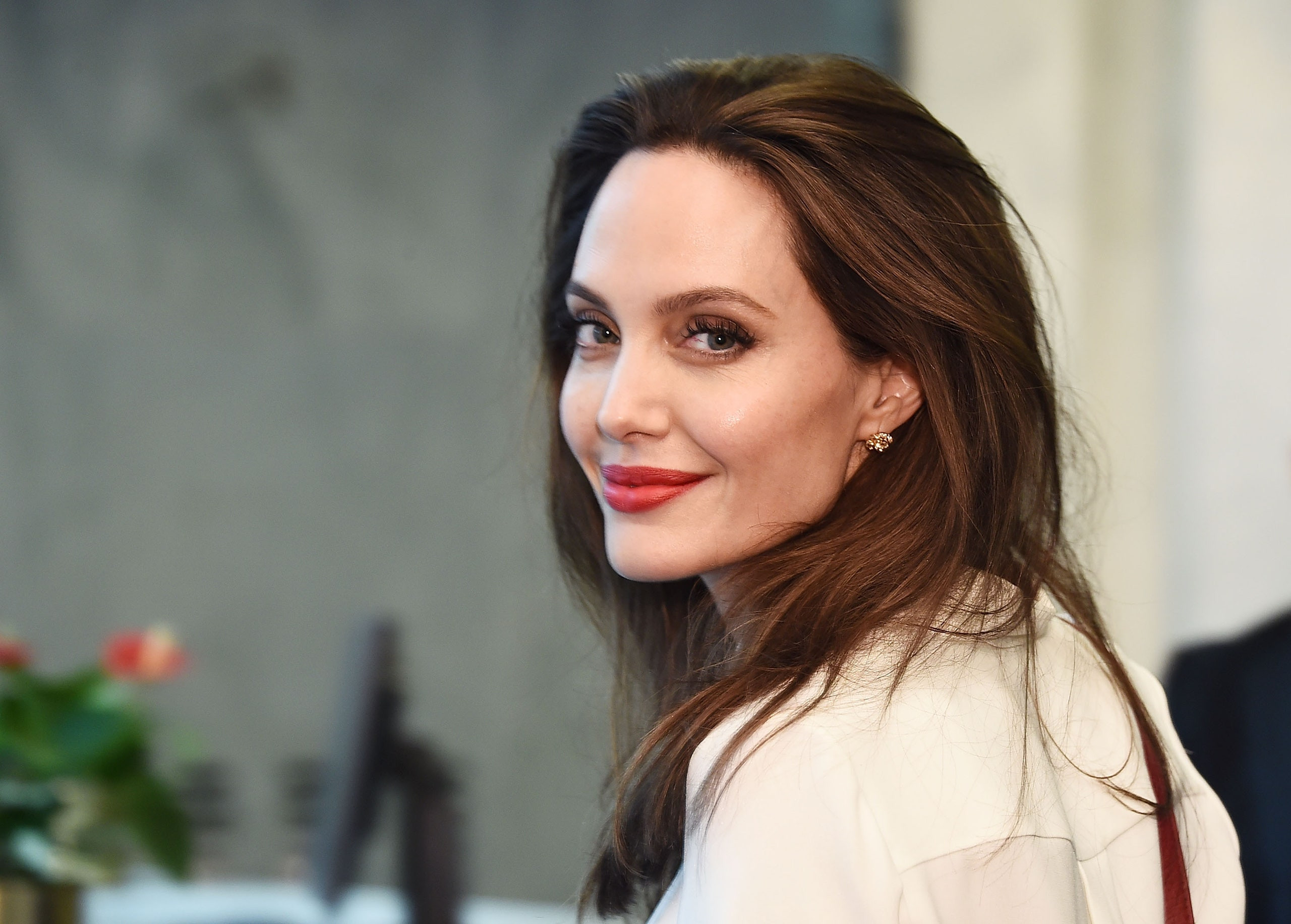 Angelina Jolie used her social media platforms to raise the voice of a struggling Afghan woman. The movie star, 46, took to Instagram on Saturday to share an excerpt from a letter recently sent to her.

Jolie called on her 12.2 million followers to “track what’s happening in Afghanistan” and “ensure they’re not forgotten.”

The mother-of-six started off with, “A young woman in #Afghanistan sent me this letter. I’m protecting her identity, but she hasn’t been able to go back to school since the Taliban seized power.” Jolie shared more information, adding, “Now, with women being arrested simply for taking part in peaceful protests, she writes ‘I might never be able to go outside again or even be able to speak as I am a girl’.”

Another excerpt from the letter was shared, which stated, “‘I feel like women don’t have any right to speak or put their word forward. The rights of the woman are taken away from them and they are not allowed to do anything in the country. A few weeks back when the Taliban arrested two of the women who raised their voices in order to ask for the rights of women and freedom, I just thought, that this is the end and I might never be able to go outside again or even be able to speak as I am a girl.

The carousel post began with white letters reading ‘A recent letter from an Afghan girl’ typed over a blurred handwritten letter. The next slides had black backgrounds with poignant messaging on top. The first one introduced, ‘Women’s rights activists missing in Afghanistan.’

The post went on to list the names of the women who have gone missing, and the dates they were taken. The activists were named Alia Azizi, Parwana Ibrahimkhel, Mursal Ayar, Zahra Mohammadi, Tamana Zaryab Paryani and her three sisters.

A final slide reiterated what Jolie had written in her caption: “Please track what is happening in Afghanistan, where young women are being taken from their homes at night at gunpoint and disappeared, and new restrictions are being imposed on the freedom of women and girls day by day.

This isn’t the first time the actor-turned-philanthropist has turned to Instagram to lift up Afghan women in need. After joining the photo-sharing community in August, she shared a different letter from a young woman concerned about the future of Afghanistan following the Taliban’s takeover. “Right now, the people of Afghanistan are losing their ability to communicate on social media and to express themselves freely,” Jolie said earlier. “So I’ve come on Instagram to share their stories and the voices of those across the globe who are fighting for their basic human rights.”

The woman, unidentified, expressed that she was living in fear and said ‘all our dreams are gone.’ Jolie said to her followers, “It is sickening to watch Afghans being displaced yet again out of the fear and uncertainty that has gripped their country.”

The humanitarian, who’s a former UN goodwill ambassador spoke out about the war, saying, “To spend so much time and money, to have bloodshed and lives lost only to come to this, is a failure almost impossible to understand.” She continued, ‘Watching for decades how Afghan refugees – some of the most capable people in the world – are treated as a burden is also sickening. Knowing that if they had the tools and respect, how much they would do for themselves. And meeting so many women and girls who not only wanted an education but fought for it.” Jolie concluded she would “continue to look for ways to help”.

Prince Charles, William urged to ‘save’ Queen as ‘knives are out’ for Prince Andrew