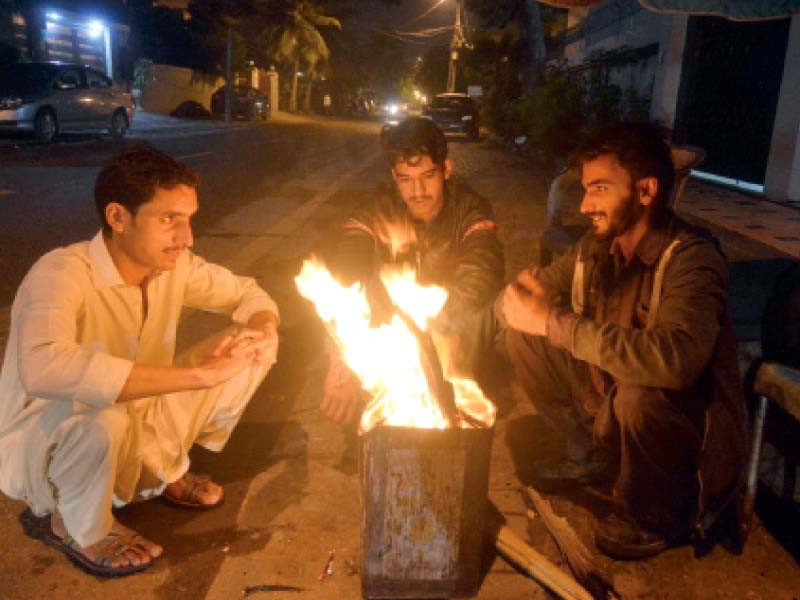 
The metropolitan city is likely to see another dry-cold spell with no chances of rain, starting on January 21 and continuing until January 22, according to Chief Meteorologist Karachi Sardar Sarfraz.

He told The Express Tribune that the ongoing cold spell is on the wane with the minimum temperature climbing by 3 degrees Celsius on Tuesday.

Sarfraz said that the city is likely to shiver in freezing winds blowing from Balochistan from January 21 until 22. North-easterly winds may blow more forcefully than usual around this period. The Chief Meteorologist said that there is no possibility of rain during the new cold wave.

This westerly wave will start moving towards Balochistan on the night of January 18. The Meteorological Department’s Early Warning Center predicts that starting today (Wednesday), Balochistan will see a new wave of westerly winds.

There is a chance of drizzle and light rain on January 19 and 20 in Jacobabad, Qambar Shahdadkot, Kashmore, Shikarpur, Larkana, Sukkur, Ghotki, Khairpur, Dadu, and Noshero Feroz. It also forecasts a gradual decrease in the cold starting (Wednesday).

Balochistan experienced north-easterly winds throughout the day, with a maximum speed of 16 km/h.

In the morning, there was some light fog, which reduced visibility to 3km.