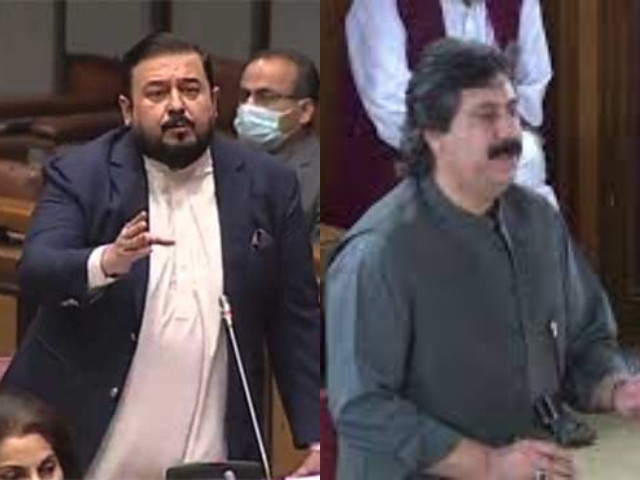 
The Balochistan Awami Party (BAP) – the coalition partner of the ruling PTI – threatened to leave the federal government on Friday if it did not get adequate representation in the cabinet, and in protest staged a walkout from the Senate session.

Cracks between the ruling party and BAP appeared during the Senate session held earlier today in which the coalition partner demanded representation in the cabinet and said that failure in doing so will result in them not supporting the PTI.

Following this, BAP’s Senator Prince Omar Ahmadzai along with other party members staged a walkout in protest, prompting PPP’s Sherry Rehman to offer them a seat at the opposition benches.

Upon walking out, PTI’s Azam Khan Swati convinced the BAP to return to the floor. Following this, the party’s General Secretary Manzoor Ahmed Kakar expressed his grief over the mistrust their party has faced from the federal government.

Read: Zardari reaches out to PML-Q for support

“We are not allies for the ministry,” Kakar stated, adding that they have been the ruling PTI’s allies for three-and-a-half years and affirmed that they “will remain an ally.”

However, the party’s general secretary urged the Senate to take Balochistan’s rights into consideration when formulating policies, including their right to representation, border security and job protection under quotas, claiming that “we are being walled off.”

Kakar reminded the House of the pivotal role the province plays. “[The] CPEC is affiliated with Balochistan, have mercy,” he pleaded on the floor.

The disenchantment between the BAP and the ruling party comes on the heels of opposition leaders reaching out to the federal government’s allies for support.

On Monday, former president and PPP co-chair Asif Ali Zardari reached out to the ruling party’s only ally in Punjab – the Pakistan Muslim League-Quaid (PML-Q) – just a couple of days after the PPP leadership met the PML-N leaders to chalk out a strategy to oust the incumbent government.

The meeting sent a clear message to the ruling PTI and has given a push to the opposition parties’ goal to remove Prime Minister Imran Khan from office as the Chaudhry brothers have a reputation of being kingmakers because of their political influence behind the scenes.

It is also pertinent to note here that on Tuesday an MQM-P delegation – another coalition partner of the ruling party – held back-to-back meetings with the opposition PML-N and another ally PML-Q.