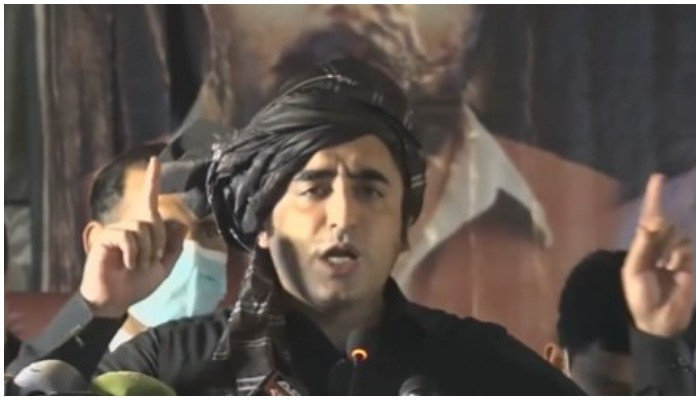 MULTAN: Pakistan Peoples’ Occasion (PPP) Chairman Bilawal Bhutto-Zardari on Wednesday mentioned that the get together’s Central Govt Committee (CEC) has determined that it could begin its long march on February 27 from Karachi because it has declared conflict on the “selected government”, Geo Information reported.

Addressing a celebration convention in Multan, Bilawal mentioned that PPP uncovered the PTI-led authorities on the primary day of its tenure and is preventing it since then.

“Other parties were not participating in the by-elections, however, the PPP stood its ground and fought against the PTI by not leaving the field empty,” he mentioned, including that the get together fought within the Senate election as properly.

The PPP chairman mentioned that the march will probably be profitable as “Imran has already lost the first round of local body elections”.

Bilawal took a swipe on the prime minister and mentioned that “Imran Niazi is running away after disqualifying his candidate (Faisal Vawda) to contest in the next elections.”

“The PM should dissolve the National Assembly before the march if he has the courage to do so,” he added.

Calling the State Financial institution of Pakistan (Modification) Invoice, 2021, an “anti-national agreement”, he mentioned that it’s a deal between the Worldwide Financial Fund (IMF) and PTI.

“The Transparency International has called the country more corrupt than ever,” Bilawal mentioned, including that “those who have accused the PPP of corruption haven’t proved it and they should be convicted.”

Last month, Bilawal had announced that he will lead a “long march” against the PTI government from Karachi to Islamabad on February 27.

Addressing a news conference in Lahore, Bilawal demanded an immediate and transparent election in the country as he termed democracy “the one answer to the issues of the nation.”

He said that the nation wants to get rid of the “selected” government and a transparent election is the only solution.