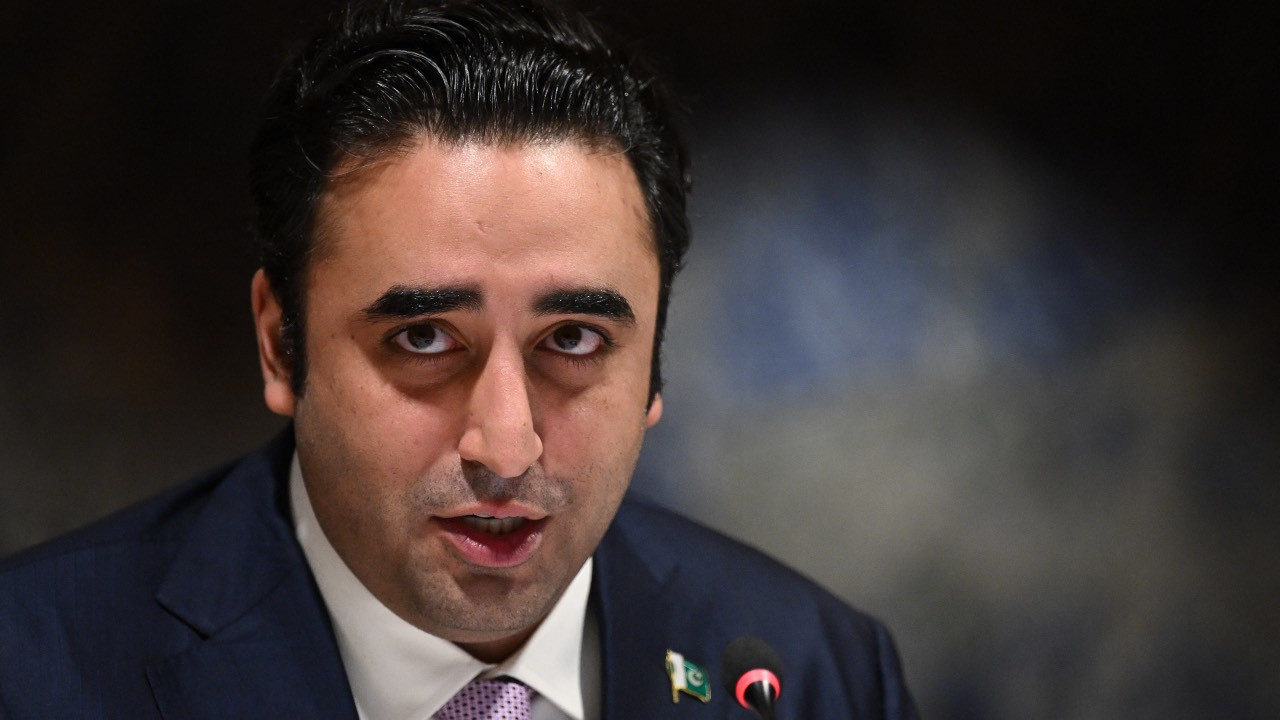 
Foreign Minister Bilawal Bhutto Zardari has slammed former prime minister Imran Khan for adopting the policy of appeasing the Tehreek-e-Taliban Pakistan (TTP) and stressed that the current civil and military leadership of the country will not negotiate with terrorist outfits which do not follow the Pakistani law and the Constitution.

In an interview with the US-based Washington Post newspaper in Davos on the fringes of the World Economic Forum, he said that he believed that if Pakistan and the Afghan government work together, both the countries will be able to maintain regional security.

“The most legitimate and the most viable way for us to address the issue of terrorism will be for the interim government in Afghanistan to take appropriate action against these groups,” Bilawal said, reiterating Islamabad’s demand of the Taliban government in Kabul to weed out terrorist organisations.

The foreign minister offered help in any such efforts. “What we will prefer is for the interim government of Afghanistan to take action against terrorists that may be in their country, and we are ready and willing to help them increase their capacity and ability to deal with that threat,” he said.

He said that the previous Pakistan Tehreek-e-Insaf (PTI) government followed a policy of appeasement towards the TTP. [Former prime minister] Imran Khan not only gave the TTP a place to hide but also released their prisoners, who were in the custody of Pakistan and also interacted with them,” Bilawal said.

He added that Imran had always been ideologically sympathetic to their viewpoint. He repeated that Pakistan hoped the Afghan government would take action against the TTP. “Our hope and indeed their agreement was that their land would not be used for terrorism,” the foreign minister said.

In a separate interview with Turkiye-based Anadolu news Agency on the sidelines of the Davos forum in Switzerland, Foreign Minister Bilawal emphasised that Pakistan had no intention of launching a cross-border operation in Afghanistan.

“We’re not interested in launching a cross-border operation, nor would we want to advocate for more military intervention after what we’ve already seen was the longest war,” he said. “We’ve seen the fall of Kabul and the consequences that has had on our economy,” he added.

The foreign minister agreed with the Washington Post correspondent that if martyred Benazir Bhutto had been alive in 2007, saying that not only Pakistan would have been a different place but the region would have moved in a different direction.

He stressed that the aim of Pakistan People’s Party (PPP) is to make Pakistan a democratic country. “We believe that democracy is the only way to deal with extremism and terrorism. Our party’s manifesto speaks best on the major issues of the country, including inflation and unemployment.

When asked whether he can become the prime minister of Pakistan this year, Bilawal said that “obviously” he has to win the election first. “My party will hope that we will win,” he said. “If our party gets the most votes, I will try to form the government as the prime minister. And [we] will form a coalition government.”

He said that the challenges facing the country were multidimensional, as “everyone is facing inflation and difficult economic problems”. He added: “I am not sure any single party will be able to solve all the problems of Pakistan.”

“I think these are incredibly challenging economic times for everyone, particularly where we are seeing the fallout from Covid, the consequences of the Russia-Ukraine conflict, and the sanctions associated with that having an outside effect on the (global) economy,” Bilawal told the Washington Post.

Adding to that is the devastation caused by the “catastrophic climate event” last year, he said, referring to the deadly floods that caused widespread losses. This was a disaster “on a scale that has never been recorded in Pakistan’s history,” Bilawal emphasised.

For the flood recovery process, Bilawal termed the Geneva conference earlier this month “a resounding success, particularly from a foreign policy perspective”. Pakistan went in for $8 billion but the pledges exceeded more than $9 billion, Bilawal said.

Commenting on the geopolitical situation during a dialogue session titled Security and Coordination in Davos, Bilawal advised the world powers to create space for “dialogue and diplomatic engagement” to resolve the Russia-Ukraine conflict.
“I believe diplomacy is the key thing that is missing,” he said. “Our hope is that this does not turn into the next forever war and is resolved sooner than later.”

Bilawal, also the chairman of the Pakistan Peoples Party (PPP), stressed a more proactive approach from both sides to engage in diplomacy in the pursuit of peace.

Referring to the Afghan war in Pakistan neighbourhood, Bilawal said the conflict was ultimately resolved at the negotiating table. “I feel we wasted time because, in 2002, the Afghan Taliban were willing to surrender and negotiate… but we did not take that offer seriously and had to do the same 20 years later in 2022.”

About the Ukraine war, Bilawal said its repercussions were not only limited to Europe but also extended to Pakistan in the form of high energy and food prices. He stressed that the prevailing disputes would have been resolved if the international institutions under the UN began working according to the needs of the current era.

Bilawal said it was ironic that the UN laws were applied in Ukraine but not in Iraq. “We find it sad that the UNSC resolutions that mean so much to Europe and West but are nothing more than the paper they were written on, when it comes to Indian-Illegally Occupied Jammu and Kashmir.”

(AGENCIES WITH INPUT FROM NEWS DESK)