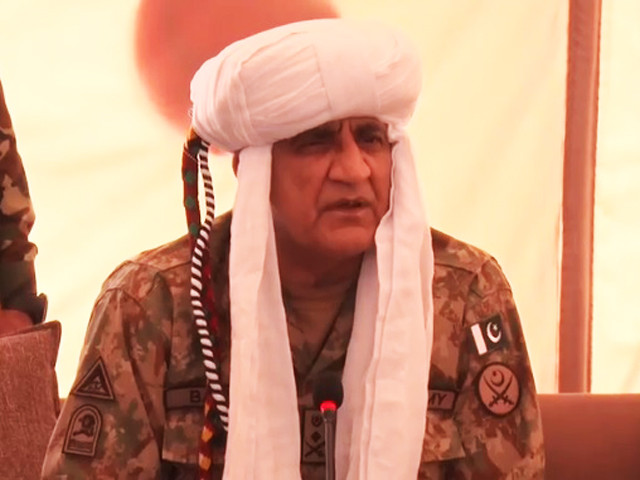 Chief of Army Staff (COAS) General Qamar Javed Bajwa has said that breaking a nexus between terrorists and their supporters was imperative to defeat the menace of terrorism, according to the military’s media wing.

The Inter-Services Public Relations (ISPR) in a statement said the army chief visited Panjgur district in Balochistan on Saturday and spent the whole day with troops who repulsed a terrorist attack on security forces camp in the same area earlier this month.

On arrival, the COAS was given a detailed update by the local commander on security situation in the area and response mechanism to effectively check emerging threats.

While speaking to the troops, Gen Qamar appreciated professionalism and effective response by the ground troops against recent terrorist activities.

He emphasised on maintaining high standard of operational readiness to fail hostile efforts to destabilise Balochistan and ensure safety and security of local population.

The army chief also paid tribute to shahuada [martyrs] for supreme sacrifice in line of duty for defence of the motherland.

While interacting with the notables and tribal elders of Panjgur, Gen Qamar appreciated them for their support to law enforcement agencies in fighting the menace of terrorism. “Breaking nexus between terrorists and their sympathisers / support base is imperative for defeating terrorism,” the ISPR quoted Gen Qamar as saying. 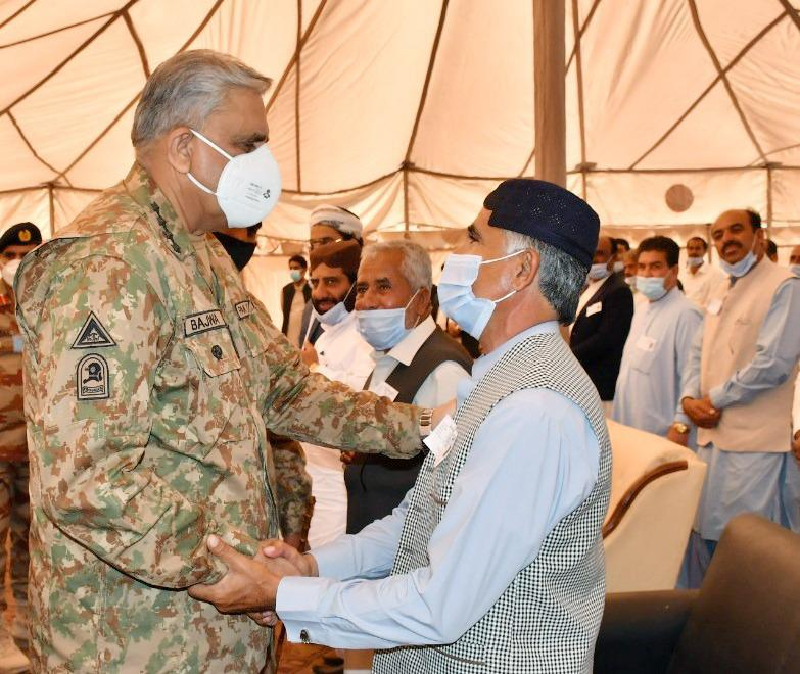 The army chief also assured local elders of military’s all-out support for creating environment for prosperity and development of the area particularly ensuring timely completion of ongoing socio economic projects. The COAS said terrorists won’t be allowed to reverse the hard-earned gains irrespective of the challenges.

Earlier this month, security forces killed 20 terrorists in clearance operations after they attacked two security camps in in Naushki and Panjgur districts of the province, the ISPR had said.

Nine security personnel were martyred while repulsing the attacks, it added.