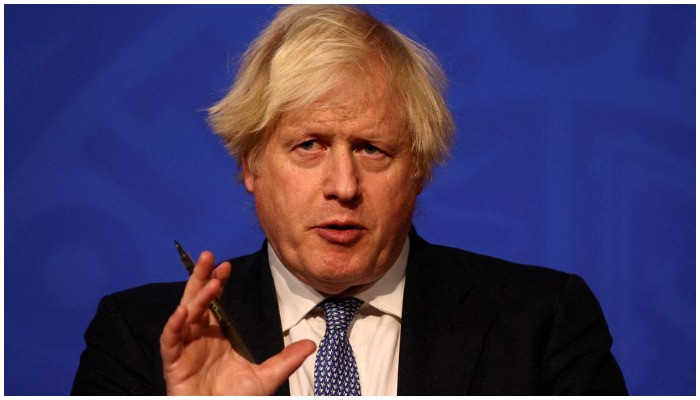 LONDON: British Prime Minister Boris Johnson stated on Monday the intelligence round a Russian invasion of Ukraine was gloomy however not inevitable, as he warned President Vladimir Putin that any battle may change into “a new Chechnya”.

“We need to make it very clear to the Kremlin, to Russia, that that would be a disastrous step,” Johnson advised broadcasters.

Requested whether or not he thought an invasion was now imminent, he stated: “The intelligence is pretty gloomy on this point.

“I do not assume it is by any means inevitable now, I feel that sense can nonetheless prevail.”

Johnson said that he would be speaking with fellow leaders on the matter later on Monday.

“We additionally must get over the message that invading Ukraine, from a Russian perspective, is going to be a painful, violent and bloody enterprise and I feel it is essential that folks in Russia perceive that this may very well be a brand new Chechnya.”

NATO said on Monday it was putting forces on standby and reinforcing eastern Europe with more ships and fighter jets, in what Russia denounced as an escalation of tensions over Ukraine.

The move added to a flurry of signals that the West is bracing for an aggressive Russian move against Ukraine. The Kremlin, in response, accused the West of “hysteria”.