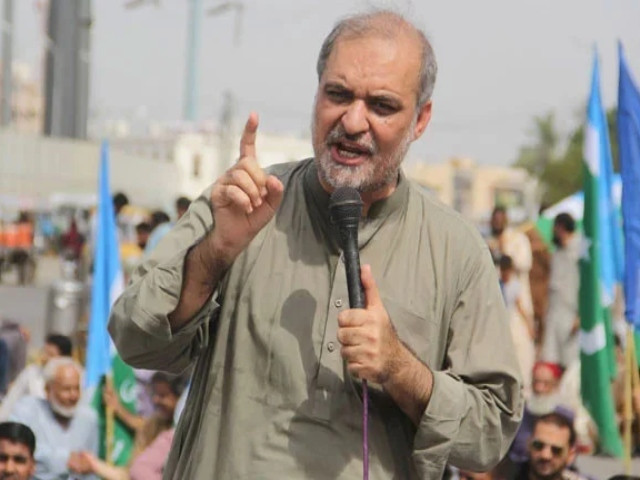 
Jamaat-e-Islami (JI) Karachi chapter chief Hafiz Naeemur Rehman said on Thursday that the next mayor of Karachi will be from the party, adding that if the Pakistan Peoples Party (PPP) and the JI accept each other’s mandate “the matter can move forward”.

In a press conference at Noor-e-Haq Institution in the metropolis, Rehman said that four days have passed since the local government (LG) elections were conducted but the matter of results is still not over.

He alleged that returning officers (RO) were appointed by certain parties to achieve desired results and that the “ROs are making rigging attempts.”

Rehman furthered that the LG polls were held after two and a half years after being postponed four times, adding that uncertainty was used to restrict people from voting

The JI leader maintained that after so many efforts, the election that took place was also prone to problems and that the “government does not want to give power to the people”.

Rehman stated that the party’s first demand is to order vote bags from the ROs for seats whose cases are being heard in the Election Commission of Pakistan (ECP).

He said that calling for the recounting of votes is a right of any party but alleged that the PPP will take “advantage of this to increase their numbers”. He demanded a stop to recounting and maintained that the recount should be done before the ECP.

“We have taken more than double votes than the PPP, so how can they have a majority?” questioned the JI leader.

Without giving any details, Rehman stated that shots were fired at JI workers at the District Registration Office (DRO) in Malir a day earlier.

He also condemned clashes between the ruling PPP and Pakistan Tehreek-e-Insaf (PTI) workers outside the deputy commissioner’s office in Karachi’s Keamari.

The comments by the JI leader come a day after Sindh Labour and Human Resources Minister Saeed Ghani had said that the PPP was willing to work together with JI to settle on a “formula” for deciding the coveted seat of Karachi’s mayor.

While the PPP emerged as the major gainer in the second round of local bodies elections in Sindh, in Karachi, no party emerged clear winner to elect the next mayor of the metropolis, according to the results released by the electoral watchdog.