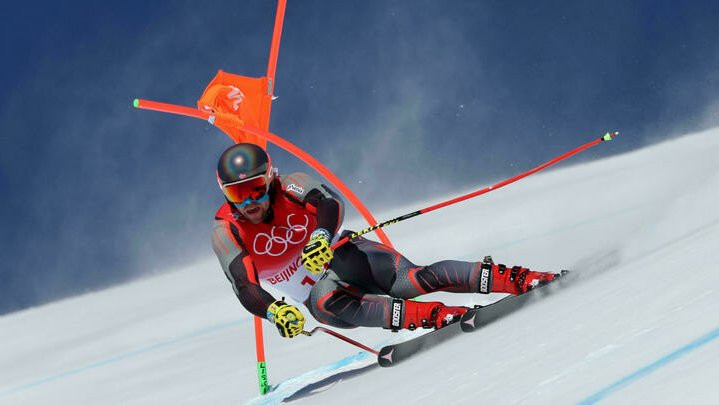 
Canadian snowboarder Max Parrot said that chemotherapy left him “at zero percent” when he was diagnosed with cancer in 2018 — now he is going for gold at the Beijing Olympics.

Parrot said quitting snowboarding was “never an option” despite learning he had Hodgkin lymphoma just months after winning silver in slopestyle at the Pyeongchang Games.

Instead, he used the prospect of competing in his third Olympics as “a huge motivation” to recover.

That will become a reality when the slopestyle competition kicks off on Saturday, a day after the Beijing Games begin.

“It was a lot of work,” the 27-year-old told AFP after training in the mountain city of Zhangjiakou, where snowboarding events will be held.

“Chemotherapy puts you down at zero percent — no more muscles, no more cardio, no more energy. I had to build all that back up.”

Parrot was out of snowboarding for around six months as he underwent chemotherapy, returning to competition in late 2019.

He quickly got back into the winning habit with X Games titles in Norway and Aspen, and even finished first in the test event for the Beijing Games.

He has his sights set on gold when the competition begins for real, but he said just reaching the Games was a victory in itself.

“It was a huge motivation — I was out of snowboarding for over six months and snowboarding is my life, what I have done every day since I was nine years old,” he said.

“To go back competing at the Olympics was definitely a huge motivation for me to beat cancer.”

Parrot, who will also compete in Big Air, will face stiff competition for the slopestyle gold, with 2018 champion Red Gerard of the United States looking to defend his title.

The slopestyle course in Zhangjiakou has already gained a fearsome reputation, with American women’s champion Jamie Anderson saying the man-made snow was like “bulletproof ice”.

Japanese rider Rina Yoshika was ruled out of the Games on Thursday after injuring her spine in a heavy fall on the course.

But Parrot insists slopestyle, which involves vertigo-inducing jumps and daredevil stunts, is not as dangerous as it looks.

“We do stuff that looks dangerous but we know how to control it,” he said.

“For sure there is still a risk, but we are able to lower that risk to a very minimum. I’m just focusing on having a lot of fun.”

Pak vs Aus: ‘I knew I could play a bit,’ Finch emerges from lean T20 spell