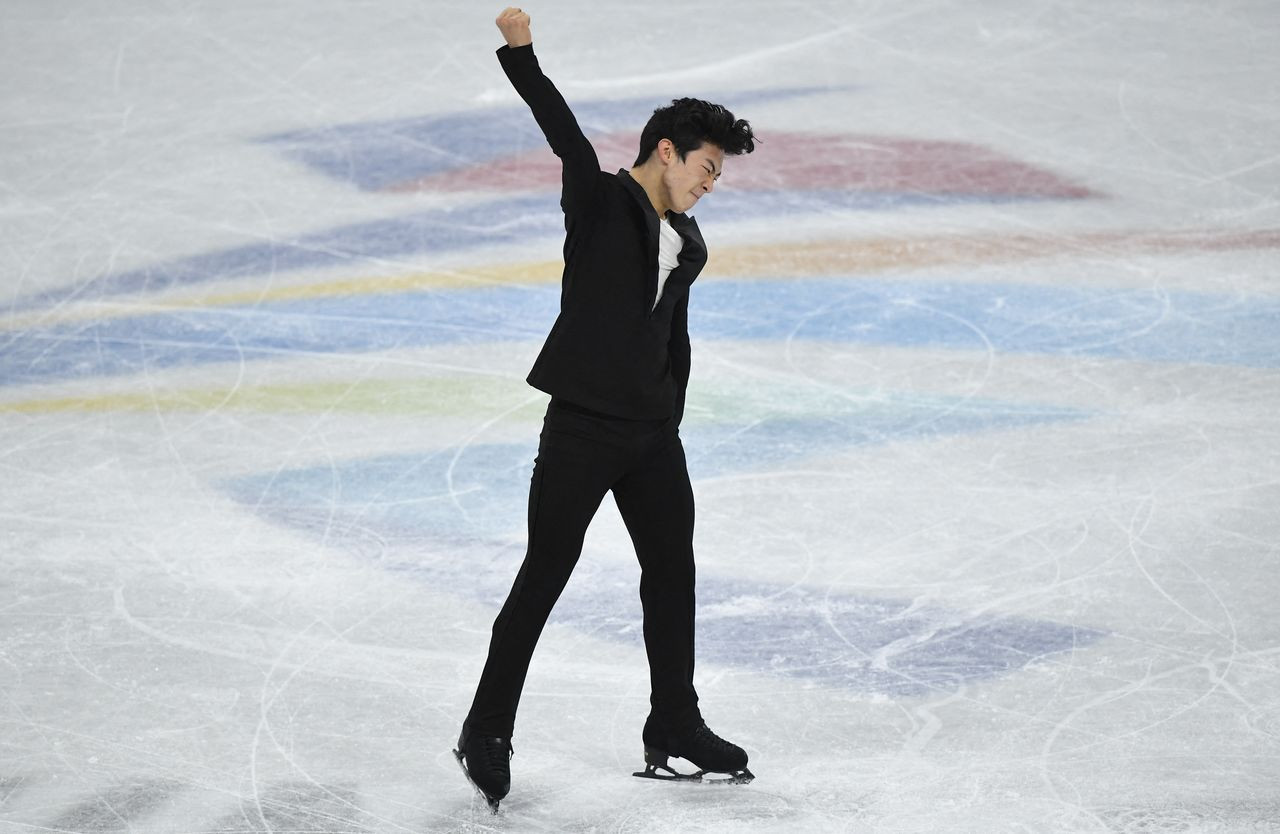 Facing off for the first time at the Beijing Games, Hanyu had to settle for a disappointing eighth in the short programme, with his younger Japanese teammates Yuma Kagiyama and Shoma Uno second and third.

Chen, who scored 113.97 to comfortably beat Hanyu’s previous short programme record of 111.82, pumped his fist in delight at the end of his performance.

“I have no idea what came over me,” the American said afterwards of his reaction. “I don’t generally do stuff like that but it just felt right… I was just really happy and I guess that just came out.”

The score takes the three-time world champion one step closer to the only major prize that has eluded him, a gold medal at the Games.

Hanyu, who scored 95.15 after making a mistake on his first jump, has to close a gap of almost 20 points in the free skate to be able to complete his goal of securing a third Olympic title in a row.

He told journalists he thought the error might have been caused by a hole in the ice made by another skater.

“Actually, I feel really shocked today,” he said. “But I have one more chance in the free programme.”

Chen had come close to beating the record already when he performed the same “La Boheme” programme for the team event on Friday, but his skate on Tuesday was cleaner and the judges rewarded him accordingly.

Dressed simply in black and white, Chen was completely in control as he sped around the rink, landing two quadruple jumps and a triple axel with ease.

Earlier Hanyu, looking every inch his nickname “Ice Prince” in a sparkling silver and blue top, had taken to the ice to cheers and screams from the crowd.

Hanyu inspires legions of devoted fans around the world, and China is no exception.

The mistake happened on his first jump, intended to be a quadruple Salchow – but he ended up only making one rotation.

Hanyu only arrived in Beijing on Sunday, two days before the start of competition.

He was adamant that late arrival was not to blame for his uncharacteristically shaky showing.

“The preparation to get here was right,” he said later to the Olympic news site. “It’s mind-boggling because everything had gone right until now.”

Chen said he sympathised with Hanyu – in 2018 he also had a disastrous short programme at the Olympics which dashed his hopes of gold.

“(It) definitely does not feel great,” Chen said. “But you certainly can’t ever count him out. He’s a two-time Olympic champion for a reason.”