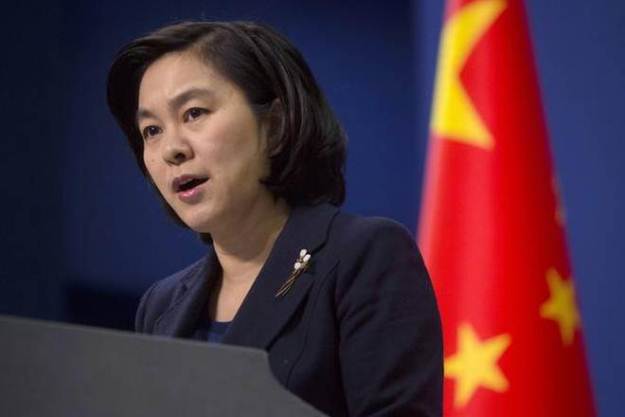 
China on Tuesday called the US decision to split Afghan reserves a “robbery” and urged Washington to return the money to Afghans.

The US stole money from Afghans, Hua Chunying, spokesperson of China’s Foreign Ministry, said on Twitter.

Hua reacted to the US President Joe Biden’s executive order last Friday splitting Afghanistan’s central bank’s $7 billion in assets, allocating half for humanitarian relief to the poverty-stricken country ravaged by 42 years of war, while keeping the other half available for compensation to victims of the 9/11 attacks.

“This is flagrant robbery and shameless moral decline. The US should immediately return the stolen money back to the Afghan people, and compensate people in Afghanistan, Iraq, Libya and more who died or suffered losses from the US military invasions,” Hua said.

#USA_stole_money_from_Afghan. This is flagrant robbery and shameless moral decline. The #US should immediately return the stolen money back to the #Afghan people, and compensate people in Afghanistan, Iraq, Libya & more who died or suffered losses from the US military invasions.

The interim government in Afghanistan condemned the move while many people in the war-torn country hit the streets against Biden’s decision.

“If the US does not deviate from its position and continues its provocative actions, the Islamic Emirate (Taliban) will also be forced to reconsider its policy towards the country,” the interim government’s spokesperson said in a statement on Monday.

“The Islamic Emirate strongly rejects Biden’s unjustified actions as a violation of the rights of all Afghans,” it added.

The spokesperson asserted that the 9/11 attacks “had nothing to do with Afghans”.

“Any tampering of the assets of the Afghan people under the pretext of 9/11 incident is a blatant abuse and injustice which is a clear violation of the agreement reached with the Islamic Emirate of Afghanistan as well as an attempt to cover up the 20 years of its crimes committed in Afghanistan,” the statement said.

Urging Washington to unfreeze the wealth of Afghans “unconditionally”, the Afghan interim government asked the US to “refrain from any provocative actions that can lead to more mistrust”.

Meanwhile, the UN mission in Afghanistan on Tuesday said “some very real progress” has been made with “concrete and meaningful assistance” to Afghans during the humanitarian crisis caused by economic meltdown in the country.

“We are working to help secure further support for the people of Afghanistan, said the United Nations Assistance Mission in Afghanistan (UNAMA) in a statement on twitter.

“(The) UNAMA continues its longstanding call for ways to be found for the country’s reserves to be made available to support the Afghan people at the earliest time. We want to see as much money, Afghan money, as possible back in the Afghan economy and with the Afghan people,” the UN mission said.

UNAMA has consistently urged all states & actors to find ways to support the Afghan people during the latest crises. Some very real progress has been made with concrete & meaningful assistance. We are working to help secure further support for the people of Afghanistan. 1/3

It, however, emphasised building a society “where authorities respect their human rights.”

“This will benefit the people of Afghanistan and the broader region,” the statement added.

Over 20 wounded in fresh Israeli violence in Aqsa mosque

Dubai expat deported and jailed for stabbing girlfriend in sleep