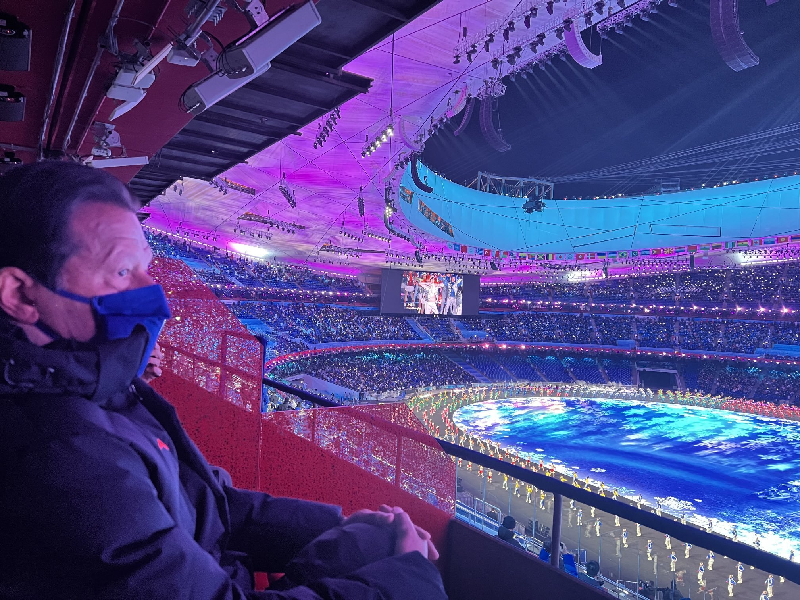 
China has highly appreciated Prime Minister Imran Khan’s attendance at the opening ceremony of the Beijing 2022 Winter Olympics, saying that the warm welcome to the Pakistani contingent by the Chinese audience once again showed the ironclad friendship is deeply rooted in the hearts of the people of the two countries.

“We highly appreciate the Prime Minister Imran Khan’s attendance of the opening ceremony of the Beijing Winter Games,” Chinese Foreign Ministry Spokesperson Zhao Lijian said in response to a question raised by APP during his regular briefing held in Beijing on Wednesday.

About warm welcome accorded to the Pakistani contingent during the athletes’ parade at the opening ceremony of the Beijing Winter Olympics, he said: “This once again shows that the ironclad friendship between China and Pakistan is deeply rooted in the hearts of the people and is supported by the two peoples.”

Zhao Lijian remarked that the participation in the sports by Pakistani athletes and the vigorous support of different social sectors in Pakistan to the Beijing Games was in line with the fine tradition between the two countries for rendering mutual support.

“It also embodies Pakistan’s determination to carry forward Olympic spirit and act on the Olympic ideal,” he added.

The spokesperson said that the Beijing Winter Olympics opening ceremony showed the world China and the Chinese culture. “It is part of our effort to deliver streamlined safe and splendid games to the world. It also shows the philosophy of building community with a shared future for all.”

Since the start of the games, several organisations of the games had won praises from all sides.

“We believe that the Beijing 2022 will help to build more bridges for friendship and a platform for cooperation between China and all countries including Pakistan,” he added.

It is worth mentioning that the prime minister, who attended the opening ceremony, was very impressed and pleased by the warm welcome accorded to the Pakistani athlete.

In an interview with Global Times during his visit, PM Imran said that when the Pakistani contingent was walking in, there was applause in the stadium. Apart from China that received the biggest applause, Pakistan was among the countries that got probably the next biggest applause in the stadium, adding, “We were all very impressed and pleased by that.”

He added: “Being invited to watch the Winter Olympics was a great pleasure for me. I must say the event was so impressive. I’ve never seen an event like that, those fireworks and especially the effect of lighting. It was just out of this world.”

Minister for Information and Broadcasting Fawad Chaudhry, who was accompanying the Pakistani delegation, told APP that Premier Imran’s attendance to the splendid opening ceremony of the Beijing Winter Olympics fully demonstrated Pakistan’s support and solidarity with China.

“It also fully reflects the special feelings of the Pakistani people for their Chinese brethren,” he added.

Fawad said that the Pakistani contingent participating in the athletes’ parade in the National Stadium received a very warm welcome and applause from thousands of Chinese spectators.

Pakistani athlete Muhammad Karim is the only skier participating in the Beijing Winter Olympics. He will take to the slopes on February 16 in the Yanging District at the China National Alpine Skiing Centre.

The top skier and a few officials were among the Pakistani contingent which participated in the athletes’ parade at the opening ceremony of the Olympics.