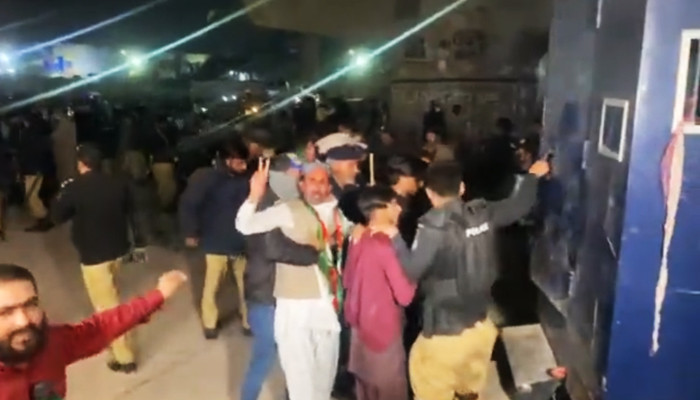 According to Geo News‘ reporters, who were on the ground to witness the re-counting mayhem broke out in several areas, including district Keamari, Malir Halt, Gulshan-e-Hadeed and Qayyumabad.

Outside the district commissioner’s office in Keamari, too, workers of the two political groups resorted to stone-pelting as a result of which two journalists were also injured.

An additional police contingent was already deployed and water canon was sought outside the DC office ahead of PTI’s expect protest where the PPP workers also stood.

One person was injured due to stone pelting outside the DRO office in district Keamari, where police also resorted to baton-charge.

“The situation is under control and workers of political parties have been dispersed,” the police officials told Geo News.

Meanwhile, workers of the Jamaat-e-Islami (JI) staged protests at Malir Halt and Gulshan-e-Hadeed.

“Police personnel is present outside the DC office in Malir. Police are trying to stop workers of political parties from confrontation,” Senior Superintendent of Police Irfan Bahadur said, telling about the situation in Malir where clashes erupted between workers of the JI and the PPP.

PTI workers’ demonstration at the Qayyumabad intersection ended after which traffic was restored. The workers alleged changes in results following the polls and burnt tyres in protests which led to a massive traffic jam in the area.

Meanwhile, the JI workers ended their protest at the DRO office on University Road after which traffic was restored in the area.

Commenting on the clashes, PTI Sindh President Ali Zaidi said that the PPP attacked after planning and sending gangsters. The politician added that he had not been in contact with anyone.

Taking to Twitter, he shared about the clashes in the city today.

“I had gone to meet my candidates & to talk to the press @ DC Kemari’s off. PPP goons prepared with stones & under full protection of Sindh Police attacked. Media men & PTI workers sustained injuries. After MQM’s reign of terror, maybe KHI should now prepare for #ZardariMafia,” Zaidi tweeted.

The former minister went on to say that the problems would get solved when the “government comes to its senses” and added that the “incumbent government is drunk with power”.

“Results of local body polls are being manipulated. We have won 13 union councils in Keamari,” he claimed.

Censuring the ruling government, the PTI leader said: “They are taking the country towards unrest.”

“Imported government is flouting the law to steal public mandate,” he also wrote on the micro-blogging site.

‘Attacks on govt office not acceptable’

Sindh Information Minister Sharjeel Memon said the people of Sindh gave the PTI the worst defeat and the “party is losing its patience”.

“According to the DC office and police, the PTI is trying to worsen the situation. Attacks on government offices not acceptable and action will be taken,” the provincial minister said in a statement.

The election commission, he said, had issued all results. “We will not tolerate attacks on DRO’s office.”

Memon said the “PTI is trying to increase” problems. “Anyone who has a compliant should go to the court and not come to government offices to attempt hooliganism.”

Slamming Zaidi, Memon said that the politician “is lying about the PPP workers being present at the site of clashes already”.

He added, “Ali Zaidi has not descended from the sky… he has lied all his life. He is lying that the PPP’s people were already there.” 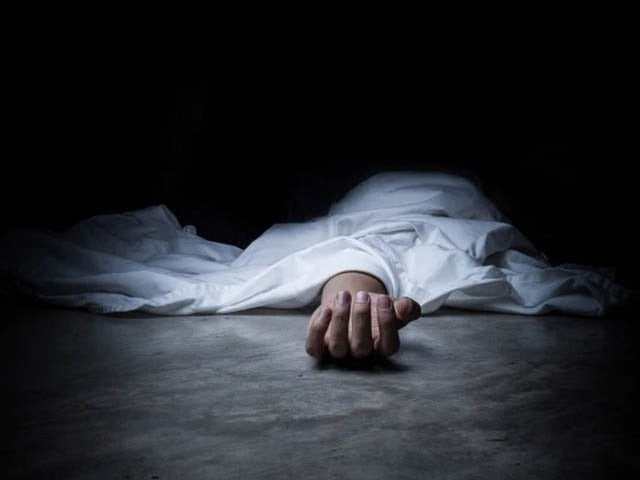