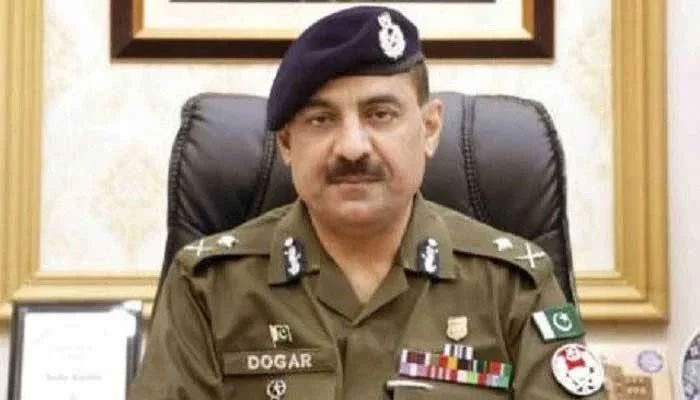 The cop at the centre of the feud between the federal and Punjab governments, Ghulam Mahmood Dogar, challenged on Monday his suspension as the Lahore Capital City Police Officer (CCPO) in the Lahore High Court (LHC).

Dogar filed a plea in the high court, alleging that he was being targetted by the Centre for booking two federal ministers in terrorism cases in Lahore’s Green Town. He said that he was never informed about the notice issued for his suspension as the Lahore CCPO.

Moreover, he also stated that only the Punjab chief minister has the authority to remove a CCPO and that the provincial government has asked him to continue serving the post.

He contended that by issuing his transfer order, the federal government has attacked Punjab’s autonomy.

“The notification for suspension and transfer of federal government should be declared illegal and cancelled,” he pleaded and urged the court to issue a stay order till a final decision is made on his plea.

The federal government, the secretary of the Establishment Division, and the Punjab government have been named as respondents in the case.

On October 28, the centre — via a letter — had ordered CCPO Lahore to report to the establishment division within three days. However, Punjab refused to transfer his services to the federal government.

As per the letter, the province’s chief minister, Pervaiz Elahi, wanted to keep Dogar in the province to ensure security arrangements during PTI’s ongoing long march, the arrival of Sikh pilgrims from India via the Wagah Border to celebrate 100 years of Saka Panja Sahib, and the Tablighi Jamaat’s congregation.

After the provincial government’s refusal, on November 5 the federal government suspended the officer once again this time over his alleged “failure” to protect Punjab’s Governor House.

The establishment division of the government issued a notification to suspend the 21-grade officer of the police service.

“Ghulam Mahmood Dogar, a BS-21 officer of the Police Service of Pakistan presently serving under Government of Punjab, is placed under suspension, with immediate effect and until further orders,” the notification issued by the establishment division had read.

The development came a day after the PTI’s supporters’ violent protest outside the Governor House in Lahore against the attack on the party’s chairman Imran Khan.