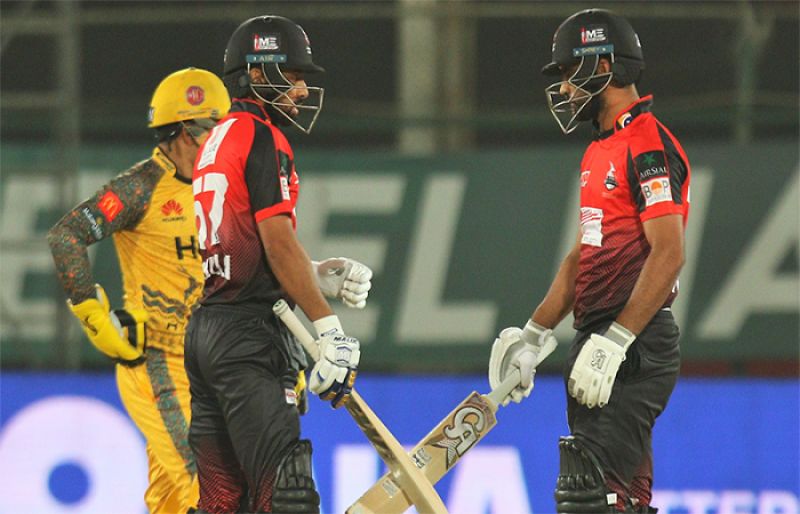 The Qalandars had set a 200-run target for Peshawar after Wahab Riaz opted to bowl first against Lahore.

Early in the Peshawar innings, Lahore skipper Shaheen Shah Afridi set the tone for his team by dismissing Zalmi opener Hazratullah Zazai for zero in the third ball of the innings.

The loss of the early wicket put Zalmi on the backfoot and regular wickets by Lahore never allowed Peshawar to take control of the game.

For Zalmi, Kamran Akmal and Haidar Ali made 41 and 49 runs, respectively, but the team was unable to catch up to the high required run rate.

Zalmi ended their 20 overs with 170-9 helping Lahore register a 29-run victory. Peshawar would have been all out in the last over had David Weise’s hattrick wicket not overturned by the review.

Earlier, Lahore openers Fakhar Zaman and Abdullah Shafique set the tone for Qalandars’ batting as they took the Peshawar Zalmi bowlers to the cleaners.

Fakhar made his third successive fifty-plus scores by reaching his half-century in the 10th over. However, in the same over, Usman Qadir dismissed Shafique for 41 runs to break the opening stand.

Fakhar continued his attack on the Zalmi bowlers before being dismissed by Hussain Talat in the 13th over for 66. By the time the left-hander was dismissed he had given the platform to his team to set up a huge target for Peshawar.

In the next few overs, Kamran Ghulam, Mohammad Hafeez, and Rashid Khan’s cameo propelled Lahore to end their innings at 199-4.

For Peshawar, Salman Irshad took two wickets while Usman Qadir and Hussain Talat picked one each.

Pak vs Aus: How Pakistan’s star players performed against Australia in Test series

Pakistan cricketers may get up to 15% hike in salaries: report