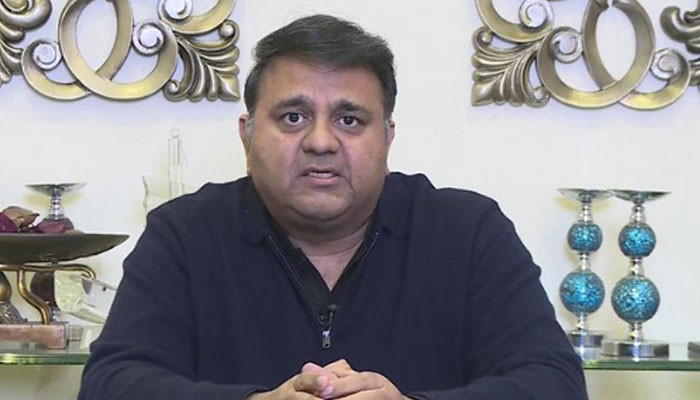 Pakistan Tehreek-e-Insaf (PTI) Senior Vice-President Fawad Chaudhry said that it was the military supporting the then-united opposition in the no-confidence motion against former premier Imran Khan in April last year.

Khan was ousted as the prime minister of Pakistan through a vote of no-confidence in the National Assembly in April last year by a coalition of 13 political parties — the Pakistan Democratic Movement (PDM), led by JUI-F chief Fazlur Rehman.

In an interview on BBC’s ‘HARDtalk’, the former federal minister said that stable governments aren’t overthrown the way the PTI was toppled over if it wasn’t for the military versus PTI.

Everyone was aware of who was in charge of the alliance and from whom they were receiving orders, Fawad said.

He stressed that it is known to everyone that political parties are controlled by the establishment. However, politics should have been left to the politicians alone, he added.

‘No party wants confrontation with US’

Shedding light on PTI’s stance on mending ties with the United States, the politician said that bygones are bygones and his party wants good relations with Washington. He expressed hope that the superpower too would like to have a rapport with Pakistan’s most popular political party.

He said no political party wants a confrontation with the US nor has PTI ever said that.

He further stated said that Pakistan’s ambassador in the United States dispatched a cipher after his meeting with Assistant Secretary of State Donald Lu and Imran Khan presented the same cipher. He said that the US official had said in the cipher that Pak-US relations will be hinged on the success or failure of the no-confidence motion.

The PTI government, he said, sent the cipher to President Dr Arif Alvi and requested him to form a judicial inquiry over the issue.

‘Imran gave country one of cleanest govts in 75 years’

The programme host Stephen Sackur posed some hard questions to Fawad about the critical state of Pakistan’s economy and the performance of the PTI government.

Stephen Sackur said figures did not bear out that (claim). He referred to promises made by the PTI before the election, especially those about corruption, adding that Pakistan fell by 20 points on the corruption perception index (CPI).

Fawad disagreed and said that these were the departments related to rule of law, for example judiciary, not the political side, that had contributed to that index. He said Imran gave the country one of the cleanest governments in 75 years of history. Fawad said the PTI could wait for elections but the government doesn’t want to go to polls.

Even they do not want the local bodies elections in the federal capital as the incumbent rulers know that whenever elections are held, people will kick them out, he said.

Pakistan needs elections, he said. “We want elections to take place in the country as soon as possible so that there is stability in the country and people’s problems are solved,” he added.

Moreover, Fawad said that Imran Khan never called Osama bin Laden a martyr, adding it was just a slip of the tongue, a clarification of which had been issued by the party. The PTI improved the estranged relationship with the US after it took over the government, he said.

“The PTI government influenced the Taliban to allow the evacuation of millions of foreigners stranded in Afghanistan,” he said.

The PTI leader also commented on the current state of affairs with the Afghan government, saying the incumbent government in Islamabad has ruined the PTI’s efforts in this regard, as they did not continue Imran Khan’s Afghanistan policy. “The PTI government was on the verge of resolving the issue through negotiations with the Taliban government in Afghanistan,” he said. 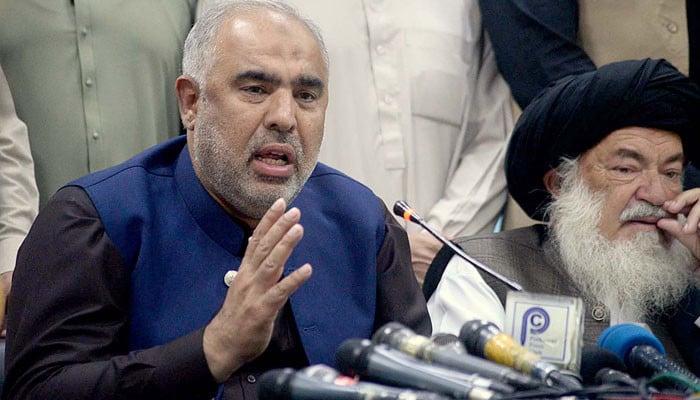