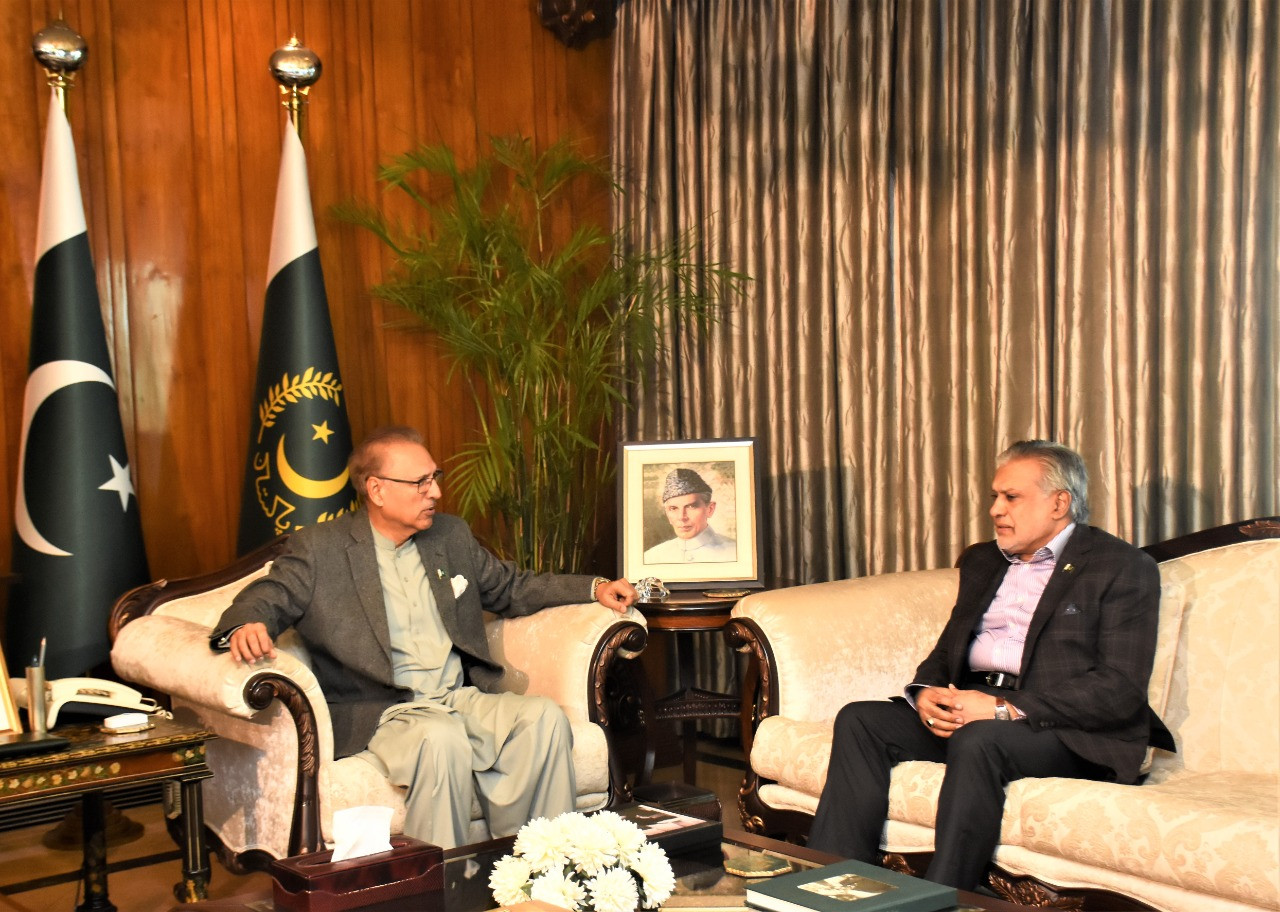 
Federal Minister for Finance and Revenue Ishaq Dar on Friday called on President Dr Arif Alvi at Aiwan-e-Sadr in Islamabad.

According to a press release, during the meeting, the minister briefed the president on the overall economic and financial outlook of the country.

The financial czar also briefed the president on various steps taken by the government to provide relief to the people of Pakistan, especially to the unprivileged population of the underserved areas of the country as well as the flood affectees.

The press release furthered that the two also discussed various matters concerning finance and the economy.

Earlier, Dar had indicated that Pakistan overcame the United States opposition to the purchase of Russian oil and stressed that Islamabad intended to enter into the fuel import deal with Moscow on terms similar to those agreed by New Delhi.

After being sworn in as the finance minister in September earlier this year, Dar had said he would work to rein in inflation and cut interest rates and had also promised a strong response to resolve Pakistan’s worst economic crisis.

In his fourth tie in the role, the chartered accountant is expected to tackle a balance of payment crisis, foreign reserves that cover barely a month’s imports, historic lows in the rupee, inflation exceeding 27% and the aftermath of devastating floods.