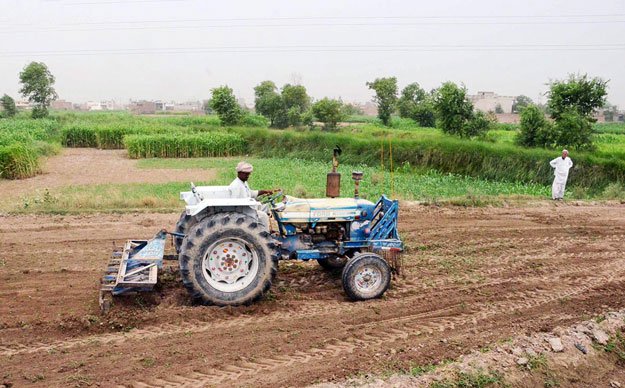 
The Federal Tax Ombudsman (FTO) ordered legal action on Wednesday against a tractor manufacturing company after a Federal Board of Revenue (FBR) report and other evidence highlighted a fraud of more than Rs10 billion.

FBR sources stated that the tractor company was accused of committing a fraud of over Rs10 billion in the name of the previous government’s subsidy relief scheme for farmers. They added that tractor makers claimed sales tax refunds on fake documents and flying invoices.

“The respondent company has misused pay orders of the complainant for issuing bogus and flying/fake sales tax invoices to other persons for obtaining fraudulent adjustment and refund,” the notification from the FTO office read.

The FBR then referred the case against the tractor manufacturers to the FTO, and according to sources, recommended action under the Benami Transactions Act – which addresses and combats the threat of tax evasion.

According to the case, a sales tax refund of Rs5 billion rupees was claimed on fake documents. The FBR initiated action against owners and dealers of tractor manufacturing companies for fraud recovery.

The report detailed that the government had given billions of rupees in subsidies to deserving and poor farmers for purchasing tractors under a scheme.

“The basic goal and purpose of the government was to provide benefit to the genuine growers and farmers… apparently, no benefit has reached the genuine farmers and growers and the respondents apparently misused the law to get huge fraudulent sales tax refund,” the notification said.

Sources maintained that under the government scheme, the subsidy on the sale of thousands of tractors in the name of farmers was received by the factory owners in the form of refunds and with the connivance of the FBR officials, more than Rs1 billion were approved for refund.

When farmers were shown the sale of subsidized tractors they appeared unaware of the purchase.

Sources further said that big dealers got tractors at discounted prices and sold them at complete, unsubsidized commercial prices, thus factory owners and dealers earned double profit by claiming refunds from the FBR.

The investigation into the fraud and tax evasion will be conducted by the director general of Intelligence and Investigation, Inland Revenue (IR).

Over the past several years, the FBR has continuously investigated data related to this matter.