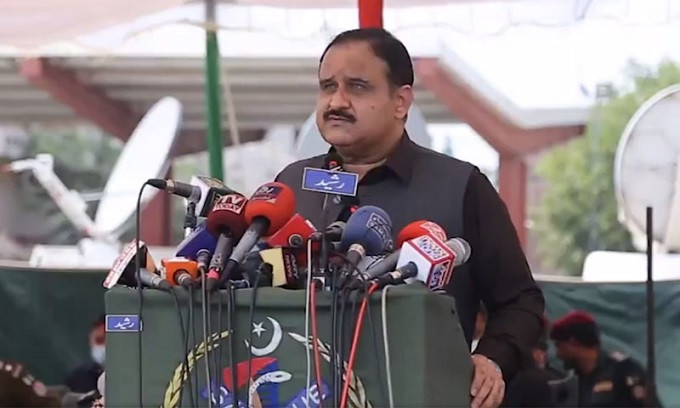 
Punjab Chief Minister Sardar Usman Buzdar said on Saturday that the promises made with the people of South Punjab are being fulfilled. He was discussing the political situation and development issues of the region with federal Minister Makhdum Khusro Bakhtyar, MNA from Layyah Malik Niaz Ahmad Jakhar and MPAs Shahabuddin and Lala Muhammad Tahir.

The chief minister said the Naya Pakistan Qaumi Sehat Card is providing free treatment facilities to the people of Layyah and Dera Ghazi Khan He said funds of Rs200 billion allocated for South Punjab had been ring-fenced and the development projects of the region Southern Punjab would be completed from the amount.

The chief minister said major projects in the region would be completed on a priority basis in a transparent manner. Nishtar Hospital-II in Multan will soon be opened, which will benefit the people of Layyah and other adjoining areas.

Matters regarding ongoing development projects in the constituencies of the leaders came under discussion during the meeting. The chief minister said the government was making serious efforts to solve the people’s problem with the consultation of public representatives.

He said the nation had expressed complete and unshaken confidence over Prime Minister Imran Khan. He said corrupt elements stood nowhere in comparison to honest leadership. The chief minister said the opposition’s conspiracies against the government had failed in the past and would meet the same fate in future as well.

Pakistani universities that are among the best in the world