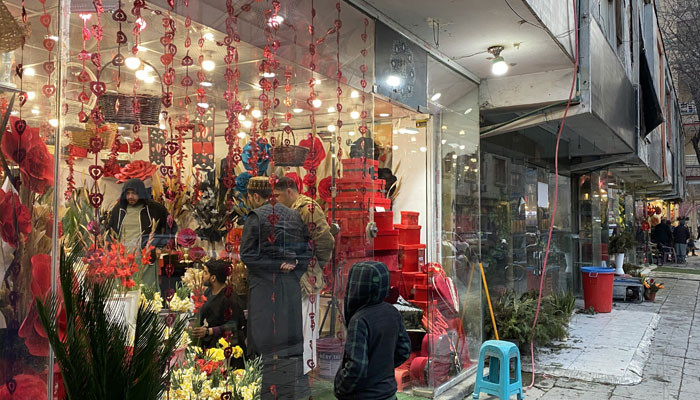 KABUL: For the first time since the Taliban took control of Afghanistan, people celebrated a low-key Valentine’s Day across the country on Monday.

According to foreign media reports, Taliban officials marched through the flower-decorated streets in Kabul on February 14th but they did not stop Valentine’s Day sales.

The Taliban directed the shopkeepers to keep it low-key and told some of them not to give interviews.

Journalist Ayesha Tanzeem shared that the Taliban walked around Kabul’s flower street on 14th Feb but did not stop Valentine’s Day sales.

“We had a lot of freedom before the Taliban’s regime,” a salesman at a flower shop told a Canadian media outlet, adding that people had been earning good money from the flower business in the country.

“People do not pay attention to these things nowadays,” he added.

Shedding light on the fall of flower sale on Valentine’s Day, another shopkeeper said that people do not have money to buy flowers.

A citizen said that he had been celebrating Valentine’s Day for the past two years at restaurants with his wife but he was now refused by all the restaurants due to security concerns.

In 2020, Valentine’s Day was celebrated with pomp and show in the country and even a fashion show was also held.