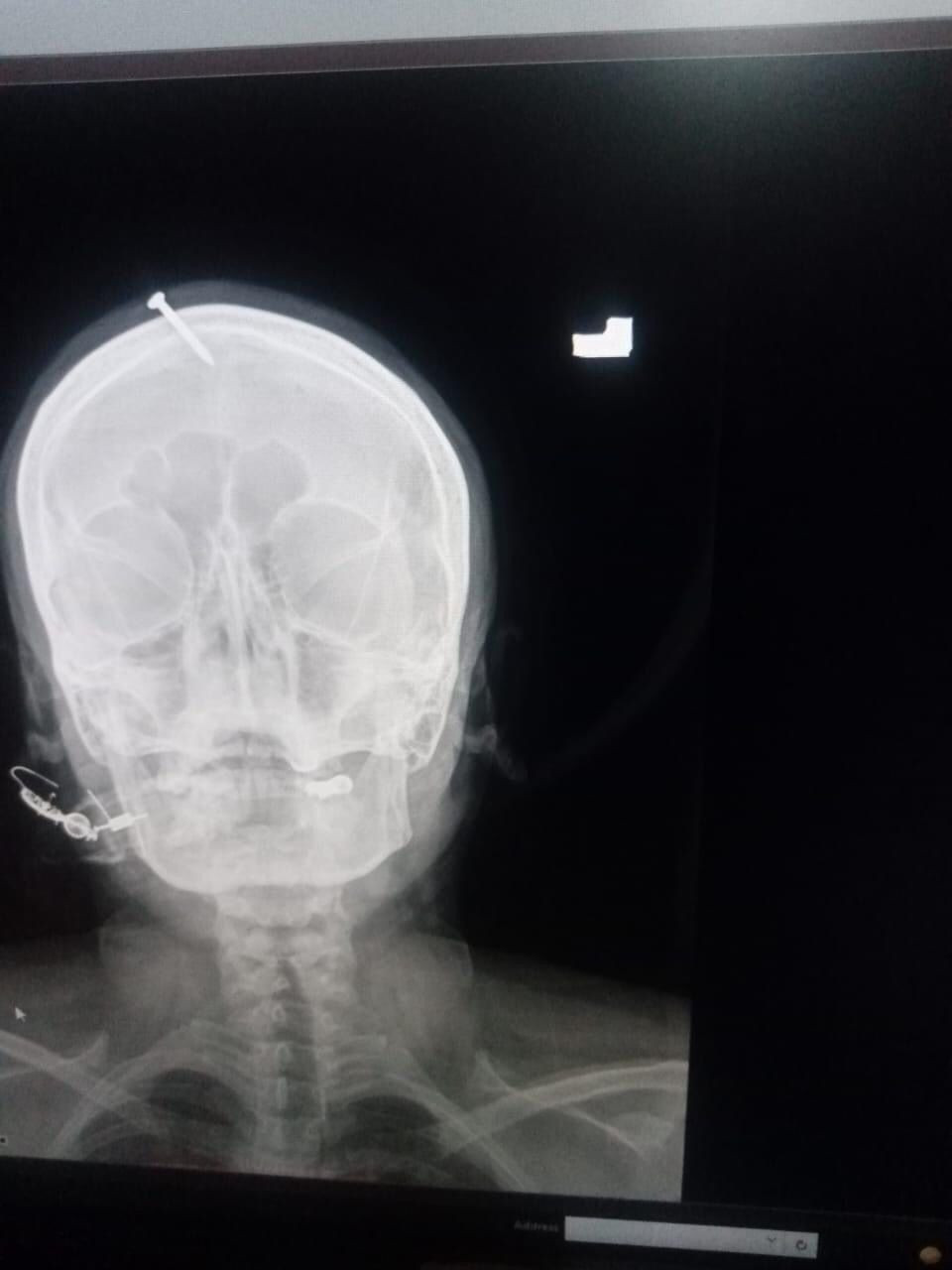 
Initial investigations into the fake faith healer case have revealed that the female victim reached Lady Reading Hopital (LRH) in an auto-rikshaw and she was registered with the hospital under a fake name. She was taken back, however, in a motorcar. Police also took into possession the CCTV footage of around 350 cameras of the hospital.

A police official told The Express Tribune that the LRH administration exhibited extreme carelessness while handling the case.

“On January 4 a women was brought to the hospital in an auto-rikshaw and she was severally bleeding. She spent two hours at the hospital and then brought back. The woman had a nail struck inside her head. The identity of the victim is yet to be established,” he said, adding that all the police stations had been directed to identify the two men who brought the women to the hospital.

It may be recalled that the pictures of a woman made rounds on social media with a nail in her skull on which Capital City Police Officer (CCPO) Peshawar took notice and directed police to investigate the matter thoroughly.

In a statement Barrister Muhammad Ali Saif has said that a probe is underway to determine how a nail impaled through the head of a woman, assuring that facts behind the incident would be shared.

The doctors, he said, preferred treatment rather than going into the detail but there was information that a fake faith healer impaled the nail into the woman’s head, assuring her that she would give birth to a male offspring.

He said anyone found involved in this insane and dangerous act would be taken to the task. It may be mentioned here that a woman came to Lady Reading Hospital (LRH) with a nail stuck in her head. In her initial statement she said a healer impaled a nail in her head and told that she would give birth to a baby boy, however later the woman diverted from her initial statement saying the nail went through her head while she accidently hit her head into a wall.