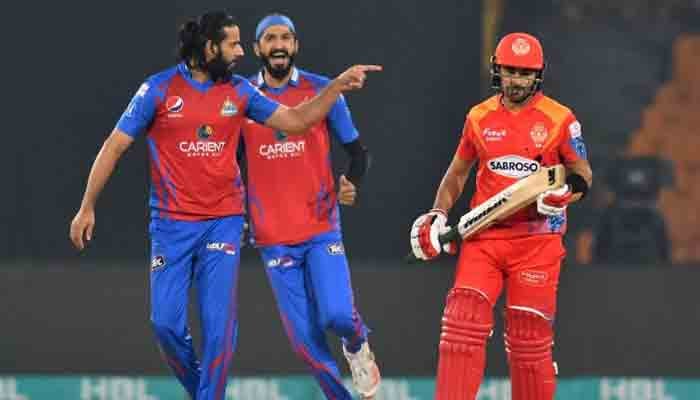 LAHORE: Karachi Kings’ all-rounder Imad Wasim has been fined 5% of his match charge for a Stage 1 breach of the PSL Code of Conduct through the match towards Islamabad United on Monday, the Pakistan Cricket Board mentioned in an announcement.

The PCB mentioned the cricketer was discovered to have violated Article 2.5 of the PSL Code of Conduct for Gamers and Participant Help Personnel, which pertains to “using language, actions or gestures which disparage or which could provoke an aggressive reaction from a batter upon his/her dismissal during a PSL Match”.

The incident occurred within the first over of the match after Imad had Rahmanullah Gurbaz caught by Babar Azam at mid-off after the opener had hit the left-arm spinner for two sixes in three balls.

Imad admitted the offence and accepted the sanction proposed to be imposed by Ranjan Madugalle and, as such, there was no want for a proper listening to.

All first-time offences of Stage 1 breaches carry a minimal penalty of an official warning and/or imposition of a high-quality of as much as 25% cent of the relevant match charge.