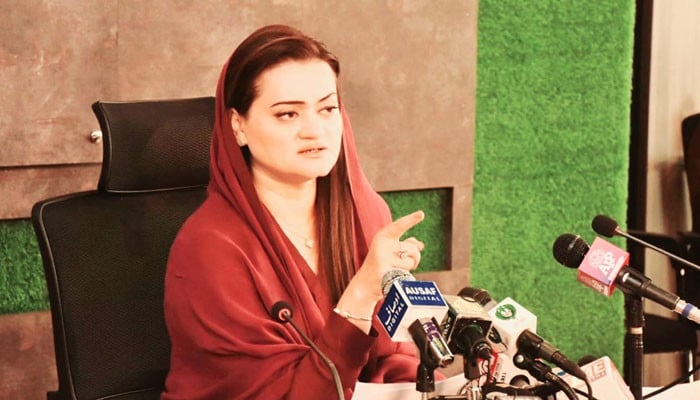 Federal Info Minister Marriyum Aurangzeb stated that the nation is trapped in the flood however Chairman Pakistan Tehreek-e-Insaf (PTI) Imran Khan is stuck in his ego.

On September 3, Imran Khan addressed a public gathering in Bahawalpur and criticised the PML-N management for stealing the nation’s cash.

Marriyum Aurangzeb stated that Prime Minister Shehbaz Sharif and Maryam Nawaz bought on the nerves of Imran Khan even whereas he was visiting the flood-hit South Punjab.

The knowledge minister criticised Imran Khan for taking part in politics for his private features. “Imran Khan has again filled his stomach with false politics instead of donating something to the hungry people in the flood-affected areas,” she stated.

Imran Khan doesn’t need justice in Pakistan, as he needs to impose the PTI’s “revenge system” in the nation, she added.

Addressing the general public rally in Bahawalpur yesterday, Imran Khan expressed grief over the lack of lives and properties in the large flash floods throughout the nation. He stated that PM Shehbaz steals the nation’s cash and takes it overseas whereas the nation is working laborious.

“You should never follow a leader who begs from other countries,” the PTI chief stated. “Ten years ago, I asked them from where they got the money to buy such expensive properties, but they didn’t answer.”

Criticising PML-N Vice-President Maryam Nawaz, the PTI chief said that she denies having property in Pakistan, let alone in London.

“Poor Maryam does not even own property. She can’t afford two meals a day,” he said, adding that the Sharif and Zardari families have been looting the country’s money for the last 30 years.

Taking a dig at dissenters, Khan said that the nation has awakened and it’s the end of turncoats.

“Those who sold their conscience have been left in the old Pakistan,” he added.