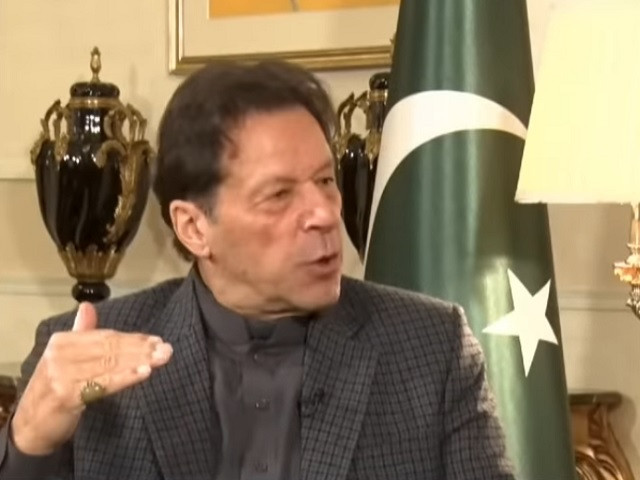 Speaking in an interview on a private channel, Imran reiterated his stance that Bajwa ‘changed’ after he was granted an extension in his tenure in 2019.

“General (retd) Bajwa used to pressure me to focus my energy on the economy and forget about accountability,” said Imran stressing that “before the extension, he used to sit journalists down and tell them how much corruption they [political leaders] have been involved in” and later the same leaders were “brought into power”.

“In their JIT, Gen (retd) Bajwa had sent two brigadiers that later proved Nawaz Sharif’s Panama case,” he said adding that this was the reason that “to this date, Nawaz Sharif refuses to forgive Bajwa”.

Nevertheless, Imran defended his past decision to rely on the “deep state” when he was in government.

“Establishment is a reality in this country, it is the single intact and organised institution at the moment. If you do anything through the army, it gets done,” he said.

Counting the “positives”, Imran said that when it came to the management of the coronavirus pandemic among other health and natural crises “they were able to do things the bureaucracy and health department could not”.

“But the negative is that if they decide against something then it cannot be done. There is no accountability and no rule of law then,” he added.

Imran’s statement comes two days after Nawaz had held ex-army chief and former director general of the Inter-Services Intelligence (ISI) General Faiz Hameed responsible for the current state of affairs in the country.

“They have spun Pakistan around themselves and have played a disgusting joke on the country,” he had said.

It may also be noted that the the PML-N supremo has in the past also alleged that the JIT was biased against him.

PTI was ‘not locally organised in Sindh’

Reflecting on the Sindh local body elections, Imran conceded that the PTI’s local organisations “did not perform as they should have such that it could win despite electoral rigging”.

The PTI chief said that while there had been “widespread rigging” in the Punjab by-elections last year, “people came out in such a fashion that we still emerged victorious”.

He nonetheless maintained that the Sindh LG polls should be annulled as free and fair elections could not be held.