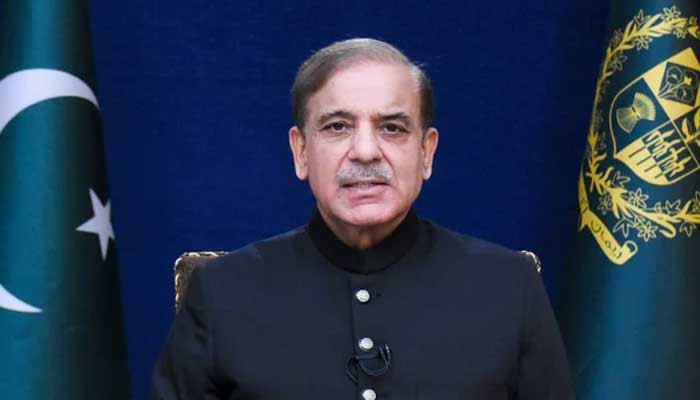 ISLAMABAD: In light of the Inter-Services Public Relations (ISPR) recent statement, the federal government on Saturday decided to take legal action against PTI Chairman Imran Khan and his aides for hurling baseless allegations against the state institutions.

The decision came a day after the ISPR urged the coalition government to initiate legal action against those “responsible for defamation and false accusations against the institution and its officials”.

Prime Minister Shahbaz Sharif took the decision during a meeting in Punjab’s capital, a statement issued in this regard said, after the PTI chief upped the ante against the government and institutions.

“The federal government has decided to exercise its powers on baseless allegations against institutions. Legal action will be taken against Imran Khan and his associates in the light of ISPR’s (Inter-Services Public Relations) statement,” it said.

The government has also constituted a committee consisting of constitutional and legal experts to formulate a strategy, they added.

In a televised address from the hospital, Khan told his followers that he had already learned about the looming danger and had received information that there was a plan in place to kill him “somewhere between Wazirabad and Gujrat”.

Khan was shot in the leg on Thursday as he waved to crowds from a container mounted on a truck from where he was leading a protest march on the capital to press for early elections and calling for the resignation of PM Shahbaz Sharif.

Khan told reporters that PM Shahbaz — who replaced him as premier following a vote of no confidence in April — masterminded the attack along with Interior Minister Rana Sanaullah and a senior army commander.

“Three people — including Rana Sanaullah, Shahbaz Sharif, and a major in the army — made a plan to assassinate me after they saw that the number of people in my long march was exponentially increasing,” Khan asserted.

But the military rejected the allegations as “baseless and irresponsible” while calling on the federal government to investigate the matter and initiate legal action against those responsible for “defamation”.

“The baseless and irresponsible allegations by Chairman PTI against the institution and particularly a senior army officer are absolutely unacceptable and uncalled for,” the military’s media wing said.

“Pakistan army prides itself for being an extremely professional and well-disciplined organisation with a robust and highly effective internal accountability system,” the ISPR added.