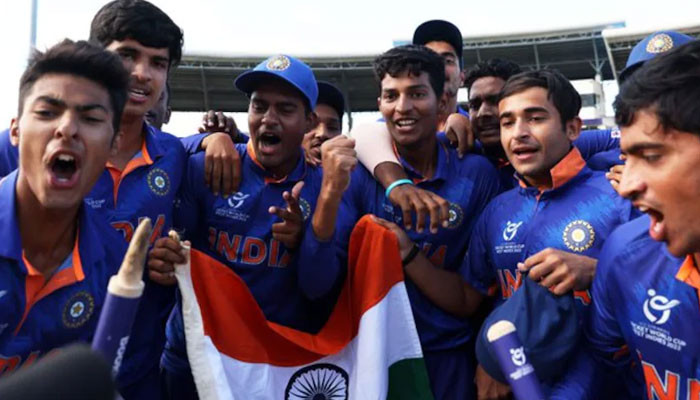 NORTH SOUND: India defeated England by 4 wickets to win the World Under-19 title for a fifth time on Saturday.

India made 195 for six with 14 balls to spare after dismissing England, enjoying their first last within the event in 24 years, for 189.

England had been 91-7 at one stage earlier than a glowing 95 from James Yew gave them a combating probability however India had been by no means actually in hassle with Shaik Rasheed and Nishant Sindhu each making half-centuries.

England pull off record chase to level series against India

Pakistani team gets round of applause at Beijing stadium