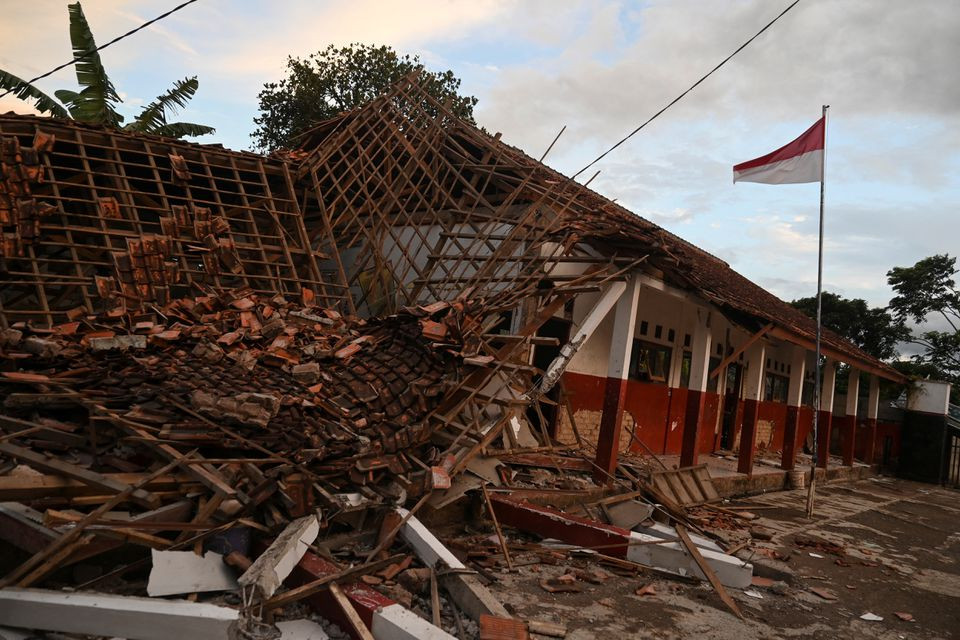 
A magnitude 7 earthquake struck off Indonesia’s Sulawesi island on Wednesday, prompting panicked residents in some towns nearest to the epicentre to flee buildings and with the tremor felt in the neighbouring Philippines.

Indonesia’s geophysics agency said, however, there was no risk of a tsunami and the U.S.-based Pacific Tsunami Warning Center in a bulletin also called off an earlier warning of a tsunami risk.

The geophysics agency said the quake’s epicentre was at a depth of 64 kilometres (39.77 miles) and 141 km southeast of the town of Melonguane, and reported 10 aftershocks.

“My home was shaking,” Ica, 35, a Melonguane resident said by telephone.

A resident in Manado, the capital of North Sulawesi province, also said by telephone that the quake was felt very strongly for several seconds and people were seen running out of buildings before later returning.

North Sulawesi’s police said there have not been any immediate reports of damage or casualties.

The quake was also felt in the Maluku islands, the local disaster agency added.

The Philippines seismology agency also said the quake was felt in southern areas of the country and warned of a risk of damage and aftershocks.

Indonesia rests atop the so-called “Pacific Ring of Fire”, making it one of the most seismically active regions in the world, experiencing frequent earthquakes.