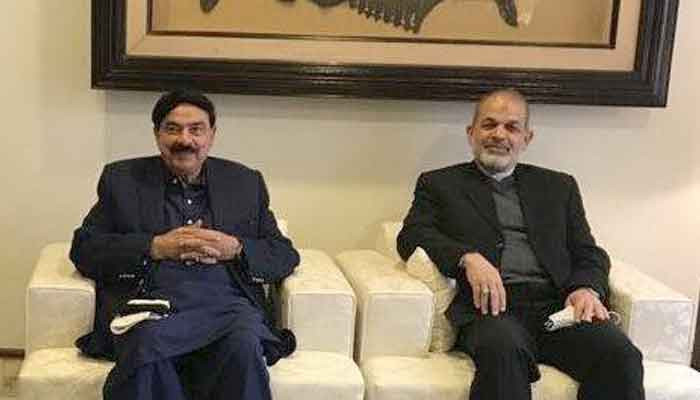 Interior Minister Sheikh Rasheed welcomed him upon arrival at the Nur Khan Airbase.

Matters relating to Pak-Iran border management and exchange of prisoners will be discussed during the meetings, said the interior ministry in a statement.

Sources privy to the matter said that Pakistan will raise the issue of Iran soil being used by terrorists active in Balochistan and involved in attacks on security forces and sensitive installations.

Ahmad Vahidi will explain his country’s position on the matter, the sources added.

The sources said that Pakistan has taken up the issue of safe havens in Iran and the supply of weapons to the terrorists engaged in Balochistan to disrupt the law and order in the province.

Pakistan lodged a strong protest after a recent attack in Balochistan by such elements where a dozen personnel of security agencies embraced martyrdom. The valiant forces of Pakistan eliminated the attackers in its response.

The official sources said that the Iranian official would discuss measures to clamp down on the terrorists who are using Iranian soil to mount attacks against Pakistan.