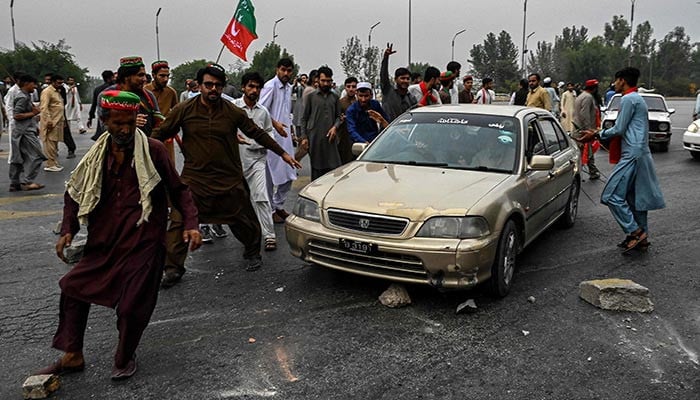 The PTI is set to resume its protests across Pakistan at 5pm today as party chief Imran Khan recovers from the injuries he sustained after the attempt on his life during the anti-government protest march he has been leading towards Islamabad.

Khan has put a pause on his party’s much-touted long march which was supposed to culminate in Islamabad on November 11 till he regains his health, but has urged his supporters to continue protesting against three people whom he accuses of plotting the assassination plan against him.

A large number of PTI supporters took to the streets to lodge their protest against the assassination attempt, with clashes between the PTI workers and the police in various cities which led police to the use of tear gas to disperse the protesters.

PTI Chairman Imran Khan’s lawyer has filed a plea seeking deferral of the contempt of court case proceedings against him in the Supreme Court which has sought an explanation for the incidents of May 25, 2022, from the party leader in a contempt case filed against him.

“My client is admitted to a hospital due to the unfortunate incident and therefore is unable to submit the sought response on the matter,” the lawyer stated in the plea while requesting the court not to fix the hearing for a while now.

PTI leader Shibli Faraz says that Imran Khan will be moved to his home within two days.

Faraz said that a complete investigation of the assassination attempt on Khan should take place as it wasn’t the act of an individual.

“This was not done by just one person, there is a conspiracy behind it,” he added.

At least 24 PTI leaders have been booked in a case for protesting over the assassination attempt on PTI chair Imran Khan.

An FIR of the case stated that the PTI leaders attacked the police and FC personnel with sticks and pelted stones at them, which resulted in the injury of nine FC personnel and five cops.

10:00am — PTI leader accuses police of not registering complaint against Imran Khan attack

PTI’s Lahore division Secretary Zubair Niazi said that the police are not accepting their complaint to register a case against the assassination attempt on PTI Chairman Imran Khan.

The leader said in a media talk that he has been at the Wazirabad City Police Station to lodge an FIR and that the SHO took a picture of their complaint and shared it with the district police officer, but the police did not officially register a case.

9:20am — CTD takes over inquiry into Imran attack case

The Counter Terrorism Department (CTD) has taken over the probe into the attack on PTI Chairman Imran Khan.

Security sources said that the main accused Naveed was taken to the CTD cell in Chung, where he is being interrogated by the CTD and other agencies.

Sources said that it has also been decided to conduct a polygraph test on the suspect, while a case against the incident will be registered at the CTD or a local police station.

The Governor House requested the Punjab government to take all possible measures to stop the mob from entering the premises. The administration also asked for the registration of cases against the protesters for breaking the law.