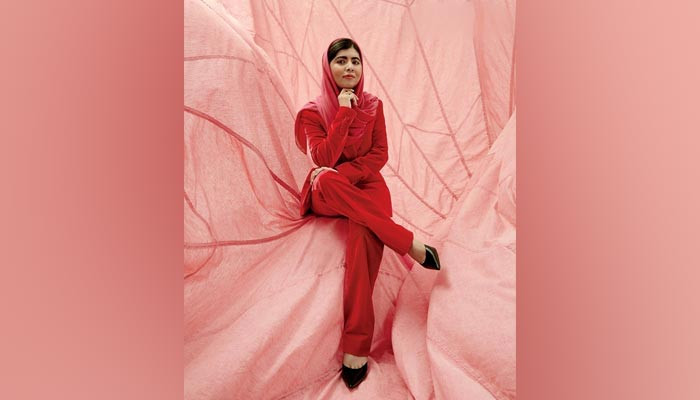 LONDON: Malala Yousafzai, the world’s youngest Nobel laureate and education activist, has been featured in American entertainment publication Variety’s #PowerOfWomen issue in which she talks about “changing people’s minds and perspectives” through her own film and TV production company, Extracurricular.

In her interview with the publication, the 25-year-old co-founder of advocacy organisation Malala Fund said: “When I fill out forms that ask for a profession, I always struggle, because I’m trying to figure out what my role is.”

Malala added that she feels like she is an activist and a storyteller.

“I’ve been doing activism for more than a decade now, and I’ve realized that we shouldn’t limit activism to the work of NGOs only: There’s also the element of changing people’s minds and perspectives — and that requires a bit more work,” she said.

Through her production company in 2021, Yousafzai signed a multiyear programming deal with Apple TV+. The fruits of the deal will now star surfacing as her production house’s initial projects are now under the works.

The education activist, in the interview, spoke about the stereotypical projection of characters who aren’t white, as well as how there is a need for Hollywood to produce a variety of stories with people of colour and expand their audience beyond limiting them to certain communities.

“I’m a woman, a Muslim, a Pashtun, a Pakistani and a person of colour. And I watched ‘Succession,’ ‘Ted Lasso’ and ‘Severance,’ where the leads are white people — and especially a lot of white men,” she said, adding that if people of colour can watch these shows then she thinks “audiences should be able to watch shows that are made by people of colour, and produced and directed by people of colour, with people of colour in the lead. That is possible, and I’m gonna make it happen.”