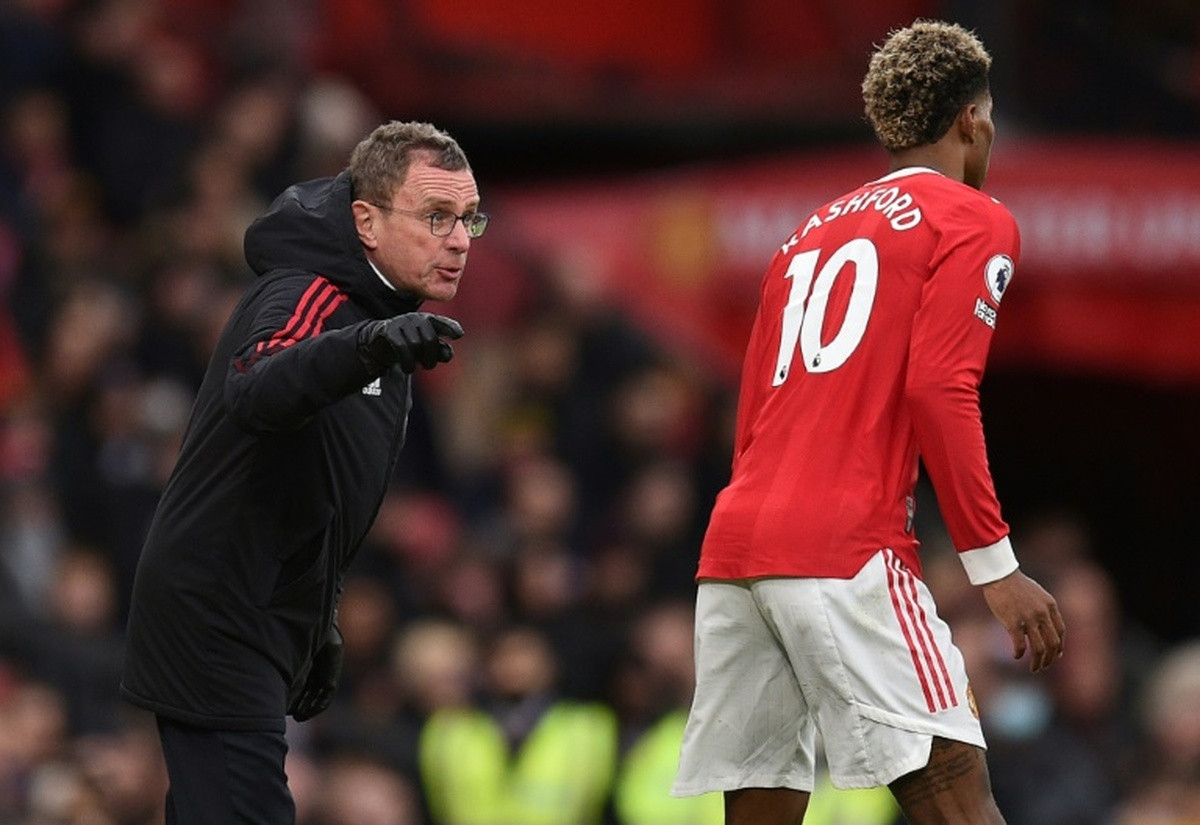 
Ralf Rangnick says Manchester United’s self-belief has been dented by their recent habit of throwing away leads, admitting that finishing fourth in the Premier League is the best they can now hope for in an inconsistent season.

United have led 1-0 at half-time in their past three matches only to be pegged back after the interval on each occasion.

Second-tier Middlesbrough dumped Rangnick’s side out of the FA Cup on penalties before costly 1-1 draws against Burnley and Southampton, leaving them fifth in English football’s top flight.

United have lost just one of their last 12 league games, but interim manager Rangnick said that letting leads slip against Burnley and Southampton had been a blow to their morale.

“The first halfs in the last couple of weeks have been really good, very good,” the German said on the eve of Tuesday’s match against mid-table Brighton.

“I’m more than happy with the performances that we had in the first half. We didn’t concede a single goal in the last week in the first half but the next step is to raise our level and to stay focused physically, mentally, tactically. We just gave away those goals too easily.”

He added: “That it affects also the mindset of players is obvious. They are still human beings. They are not robots.”

Rangnick revealed club psychologist Sascha Lense had been consulted on the issue, and that the players would be spoken to on a one-to-one basis in a bid to improve their game management.

United, who are 23 points behind Premier League leaders Manchester City, go into their rearranged home clash against Brighton needing a victory to move back into the top four.

Rangnick said finishing in one of the Champions League qualification spots had to be the target for United before they appoint a permanent manager at the end of the season.

“Right now this is exactly what Manchester United needs to want, to finish fourth in the league,” he said. “I think this is the highest possible achievement that we can get with no other things.

One encouraging sign in recent games has been the form of Jadon Sancho, who initially struggled to make an impact at Old Trafford after joining from Borussia Dortmund last year.

“The step to a club like Manchester United was a big one,” said Rangnick, who added he had had one-on-one conversations with the England international.

“I think the style of football that we play, that we want to play, fits perfectly into his assets, into his strengths – coming from the left side.”