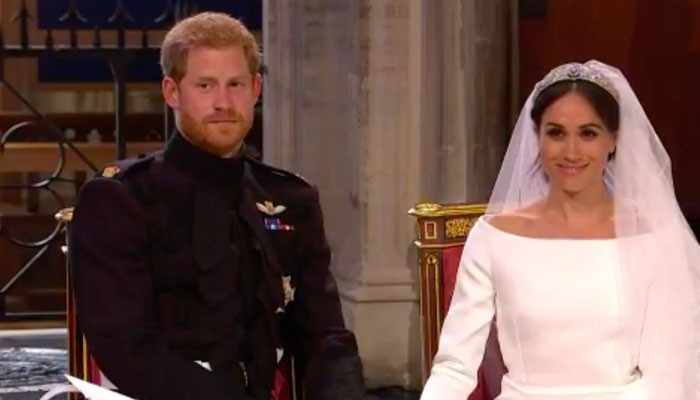 Meghan Markle did not stroll down the aisle with her father Thomas Markle as she ready to wed Prince Harry in 2018.

Thomas, who was initially scheduled to accompany daughter on her large day, backed down from the marriage ceremony ceremony resulting from coronary well being issues.

At the time, Meghan introduced through an announcement on Twitter that her father would sadly “not be attending our wedding.” She additionally stated, “I have always cared for my father and hope he can be given the space he needs to focus on his health.”

Throughout this time, Harry saved the day, requesting father Prince Charles to as a substitute do the honour. The story of the way it all went down was revealed by Harry himself in documentary Prince, Son and Inheritor: Charles at 70.

“I asked him to and I think he knew it was coming and he immediately said, ‘Yes, of course, I’ll do whatever Meghan needs and I’m here to support you,'” Harry reveals in the new documentary Prince, Son and Inheritor: Charles at 70, which airs on BBC One in the UK on Thursday.

“For him that’s a fantastic opportunity to step up and be that support, and you know he’s our father so of course he’s gonna be there for us.”

Issues between Meghan Markle and her father had already turned soar after he admitted accepting cash to pose for paparazzi footage earlier than her marriage ceremony to the Prince.

Who wore it better: Mahira, Deepika stun in Faraz Manan