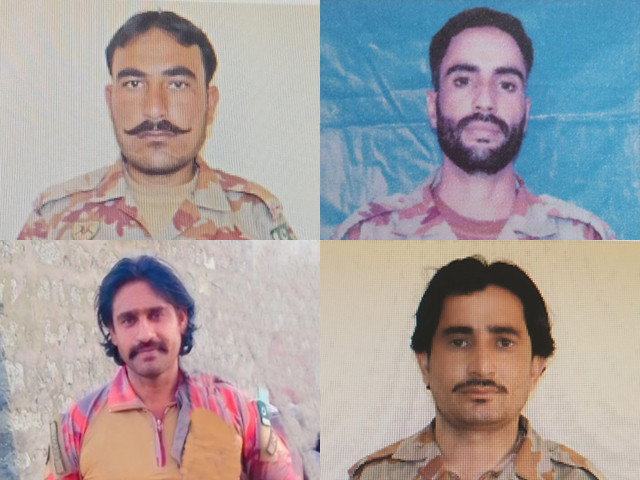 According to the military’s media wing, the terrorists used Iranian soil to target a convoy of security forces patrolling the border.

The statement furthered that Iranian authorities were asked to track down the terrorists on their side of the border.

Amid an upsurge in terror activities across the country, at least four terrorists were killed in an exchange of fire with security forces during an intelligence-based operation (IBO) in Balochistan’s Hoshab area earlier today.

The operation was initiated to clear a hideout of terrorists who were linked with attacks on security forces and civilians and the planting of improvised explosive devices (IEDs) on the M-8.

The statement said that as a result of continuous “intelligence, surveillance and reconnaissance (ISR) of the area, a location of the terrorists was identified”.

Moreover, intelligence agencies have warned of possible terrorist attacks in the twin cities of Islamabad and Rawalpindi.

Police and other security institutions have been asked to remain alert and ensure strict security arrangements at sensitive installations, police offices as well as important government offices.

The threat alert has been issued after the reports of the presence of terrorist elements in Rawalpindi and Islamabad belonging to a banned organisation and its plan to carry out its saboteur activities and chaos in the twin cities.