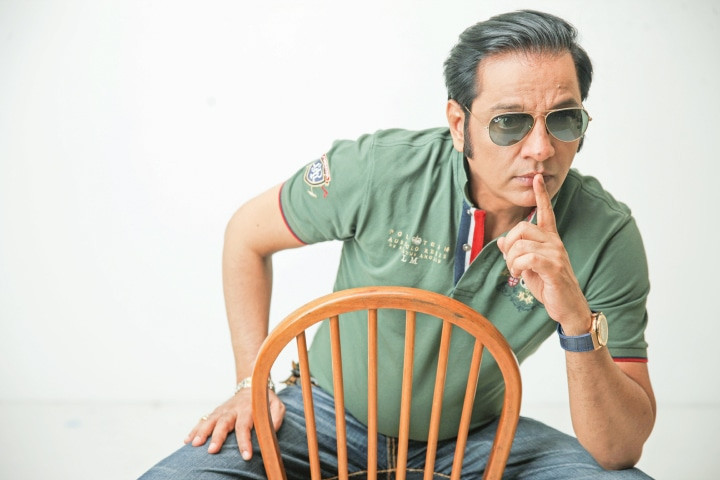 Nabeel Zafar, who launched Bulbulay 12 years ago, is now a household name on TV and is surrounded by fans wherever he goes. The sitcom, that is inching towards record breaking 600 episodes, has fans from all age groups, but To Be Honest host Tabish Hashmi feels its success has carried on for too long now.

“You’ve been doing this [Bulbulay] for 12 years now. Till when will you keep doing this?” he asked rather hilariously in a recent episode of his show with the star as guest. “Yaar mujhe kuch or karna aata nae hai (Man I don’t know anything else to do),” quipped Nabeel in response. Reminding him about all his performances before Bulbulay, Tabish objected, “But you’ve done so much in the past. Tell me, is there anything new in the pipeline?”

Staying true to the essence of the show, Nabeel responded, “In all honesty, I do it for the money.” When told that Ayesha Omar said the same thing, Nabeel admitted, “It’s what it is.” Speaking about his wife, who’s part Pakistani, the producer-cum-actor recalled how their love story started. “We met for the first time while I was doing Des Pardes. I was at a beautiful Glasgow station, it was quite cold and chilly, and no, I wasn’t on a horse,” he joked. “She had seen me in Dhuan and was a fan who just approached for an autograph. I made her sign on the nikkahnama in return,” he continued. “Kidding, but after that first meeting, we met quite a few times. Then I asked my mother to meet hers and we eventually got married.”

Asked to recall times he spent with friends, assuming he must now be ‘too busy’ to sit in the same old gatherings, Nabeel resorted, “No, I still meet all my friends. This reminds me of that one time, while shooting for Dhuan, I asked our peon if he had brought food. He said ‘yes’. When I asked him where he got it from, he quipped, ‘Sir jee, wahin se laya hun jahan se ap ghurbat ke dinon men khaatay thay (Sir, I got it from the same place you must’ve eaten from when you were poor).’ I told him ‘Beta, it’s not like I eat lion’s meat now’.”

Amused, Tabish went on to inquire if Nabeel ever dreamt about becoming an actor at a dhaaba with his fellows back in the day. The actor didn’t recall doing any such thing. However, he shared, “In those times, families encouraged us to pursue acting.” Nabeel was also made to recall times he may have been offended or scared by something a fan did.

“Happened plenty of times,” he confessed. “People of all kinds meet us in their own way. If you go to Gujranwala, they’ll look at you and scream, “Oh bhau, baat suno! (Hey you, listen up!). You’ll think they’ll hit you. But when you go closer, they’ll say, “Chai piye bagher mat jaana, acha kaam kartay ho, (Don’t leave without having tea, you do good work).” To this, Tabish asked, “Did anyone ever try to bribe you into loving them?” Taken aback, Nabeel joked, “Nobody could successfully do that and now I’m broke.”

Asked why Ayesha Omar never receives the script for Bulbulay, Nabeel objected, “No, we always give her the script. It’s just, when Bulbulay started, Ayesha was a VJ. So, she couldn’t decipher the way Ali Imran sahab wrote. We once brought her to this under construction building to do a scene in which she’s been kidnapped. She regains consciousness and the kidnappers have to make her unconscious again. Ayesha refuses to do it. Because there’s mud everywhere and to faint, she’ll have to fall into dust and dirt. Everyone’s confused about what to do and I ask Ayesha, ‘Ap kharay kharay behosh hosakti hain? (Can you faint while standing straight?)’.”

Nabeel detailed how in that moment, he improvised, incorporating her fear into the scene by making her pretend to be unconscious while standing straight, leaving viewers in fits. He made the kidnappers ask each other why she didn’t fall down and come to the conclusion that it’s probably because ‘Khubsoorat doesn’t spoil her clothes’. The seasoned comic star also recalled how Hina Dilpazeer was called in for only one episode and is now a household Bulbulay name owing to her brilliance.

The two then concluded by joking about how Nabeel may pursue serious acting one day if someone like Tabish can wrap up Bulbulay in another 11 months. “But if you want to know what’s great about the sitcom, you’ll have to watch it for another 11 years,” maintained Nabeel, who has pretty much aged with the show.