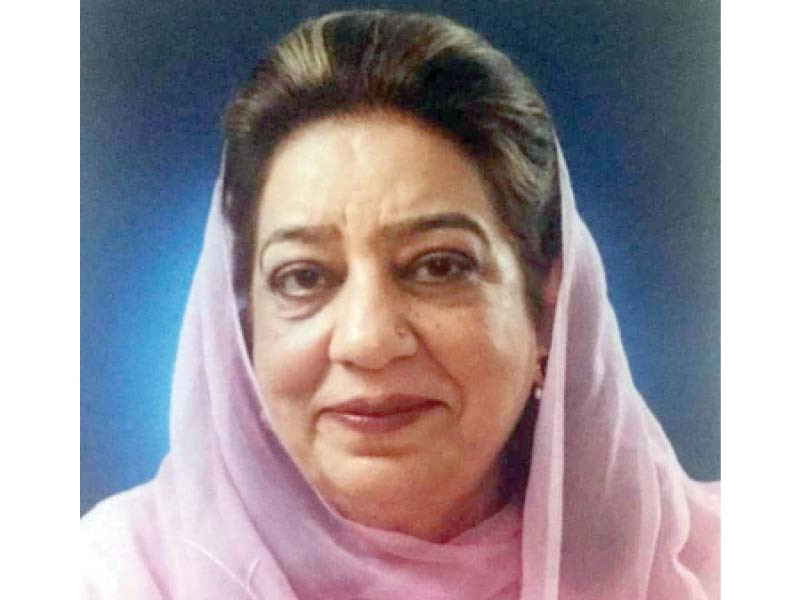 
Novelist, writer, poet, playwright and a former member of the National Assembly, Bushra Rehman, died in Lahore on Monday.

According to her family sources, Bushra Rehman had been suffering from the coronavirus. Her condition deteriorated on Sunday, and she passed away the following day.

Bushra Rehman was buried in the presence of hundreds of mourners. The writer was born on August 29, 1944 in Bahawalpur. She obtained her MA in Journalism from the University of Punjab. She started her political journey in the 1980s and was elected to the Punjab Assembly thrice.

She was also a member of the National Assembly on the ticket of the Pakistan Muslim League. Bushra Rehman was awarded the Sitara Imtiaz for her literary services.

She had authored more than 17 novels and travelogues.

Her writings included Buth Shikan, Chup, Peshman, Piyasi and others.

Meanwhile, Punjab Chief Minister Usman Buzdar, while expressing his sorrow over the death of Bushra Rehman, said that the literary services of the late Bushra Rehman would be remembered for a long time.

The Punjab chief minister further said that Bushra Rehman had been a unique and distinguished writer. She had influenced many generations of writers. The chief minister offered his condolences to the bereaved family.

Alhamra Executive Director Zulfiqar Ali Zulfi also expressed his deep sorrow and grief over the death of Bushra Rehman. In his condolence message, he said that Bushra Rehman had rendered immense services for the language and literature, and Alhamra would continue to promote her art. According to Zulfiqar Ali Zulfi, the well-known author had had a special place in our literature.