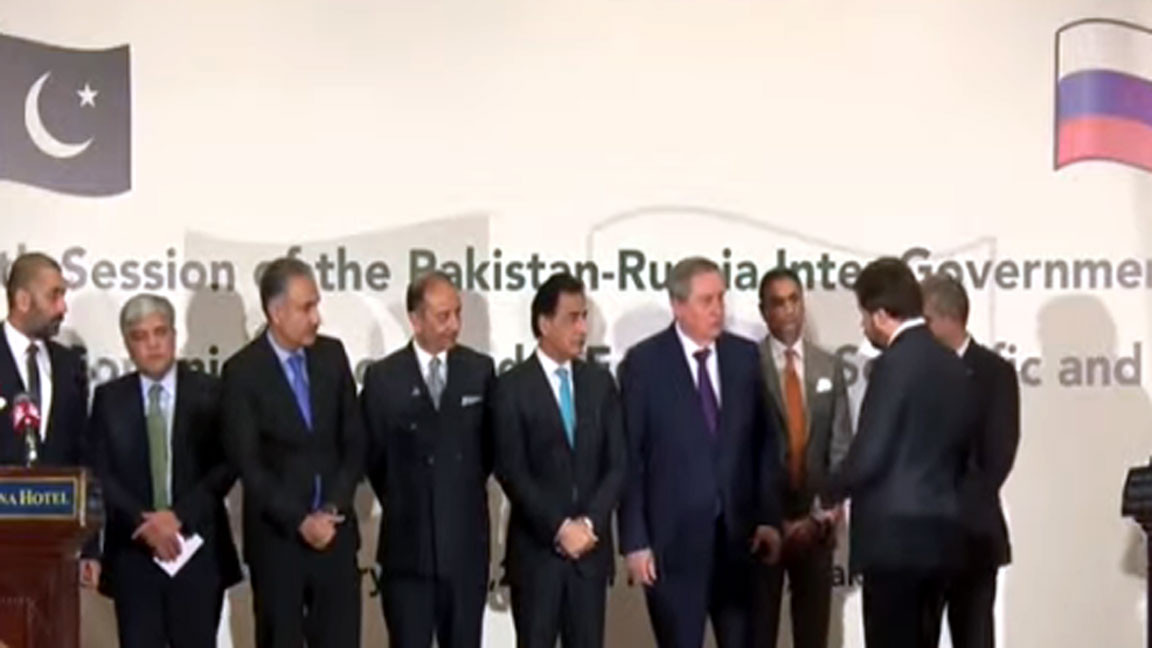 
Pakistan will pay for energy purchases from Russia, when they start in late March, in currencies of friendly countries, a top Russian energy ministry official said on Friday.

Russia’s Energy Minister Nikolay Shulginov, who is visiting the country for an annual inter-governmental commission held between Pakistan and Russia, also said that the two countries have agreed on late March as the timeline for crude oil export to Pakistan.

The understanding was reached at the 8th session of the Pakistan-Russia Intergovernmental Commission in Islamabad. The session was co-chaired by Minister for Economic Affairs Sardar Ayaz Sadiq and the Russian Energy Minister Nikolay Shulginov.

Reading a joint statement alongside the Russian minister, Sadiq said both sides have agreed to work on a comprehensive plan for energy cooperation which will form the foundation for future work. He furthered that the plan would be finalized in 2023.

The two nations agreed that after consensus on technical specifications, the oil and gas trade transactions will be structured in a way that mutually benefits both countries. The process is set to be completed in March this year.

It was also agreed that the Pakistan Stream Gas Pipeline should be considered in terms of comprehensive infrastructure and economically viable projects for sustainable gas infrastructure development ensuring affordable gas supplies.

Sadiq maintained that Pakistan and Russia reaffirmed their commitment to a strong and cooperative economic relationship, reiterating that such a relationship contributed to the economic well-being of the two countries as well as the region.

The session maintained that relevant ministries and departments of both sides will rigorously follow up to benefit from the potential in various sectors for common prosperity.

The Russian side was invited to potential projects of the federal and provincial governments of Pakistan including in the public-private sphere. Russian businessmen were encouraged to explore this opportunity.

They agreed to nominate focal persons to enhance mutual cooperation and discuss issues concerning connectivity and logistics in Central and South Asia.

The two sides also discussed innovative ways of doing business including through barter and agreed to explore the option further.

For regional integration and Eurasian connectivity, the two sides came to an agreement to share information about developing and improving rail and road infrastructure.

After the conclusion of the session, both countries signed three agreements in the areas of aviation and customs-related matters. Sadiq added that more agreements were in the pipeline.

The message was delivered by the visiting Russian Energy Minister Nikolay Shulginov, who called on the prime minister in Lahore.

During the meeting, both sides discussed the purchase of petroleum products from Russia at discounted rates, besides mulling over the supply of oil and gas from Russia to Pakistan on a long-term basis as well as reviewing the gas pipeline project.