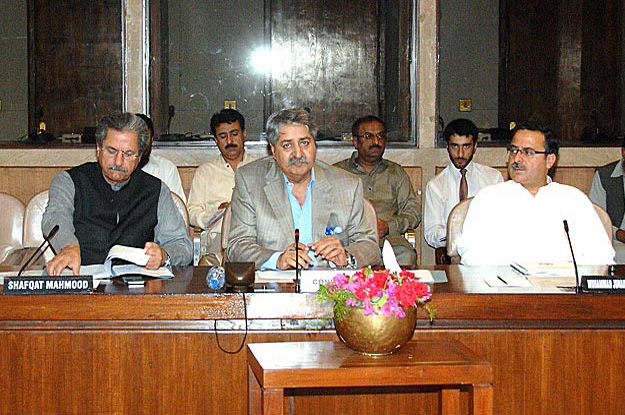 
The Federal Minister for Commerce and Privatization, Syed Navid Qamar, has said Pakistan felt compelled to seek revival of the International Monetary Fund’s loan program after friendly countries attached their financial support to that program.

“Even the friendly countries asked Pakistan to go to the IMF first,” he told the media in Tando Muhammad Khan district on Sunday.

Qamar acknowledged that the country would have to increase taxes on gas and electricity utilities to meet the IMF’s conditions, tacitly suggesting that the people will have to bear with more inflation.

Responding to a question about the closure of industries, the minister said the government discussed the issue with the business community.

According to him, those industries mostly face production problems relying on imported raw materials. He pointed out that the country is facing a current account deficit.

When asked about flour price inflation, the minister said the provincial government could not provide subsidised flour to all the people in the province because of funding constraints.

Nevertheless, he assured that the Food Department and the district administration had started action against the hoarders of wheat and flour who manipulated the price of the commodity in the market.

“He has been putting the country and its people at stake for his political ambitions.”

He underlined that Khan had expressed his willingness to return to the National Assembly, yet at the same time, he is backing the resignations of his party’s MNAs.

“Khan is playing the politics of anarchy and instability.”

Qamar also visited a collapsed portion of the Indus River’s embankment in Mulakatiar, a rural town in the Tando Muhammad Khan district.

The minister said the river levee’s reconstruction would be completed before the flood season after monsoon rains with the help of federal and provincial funding.