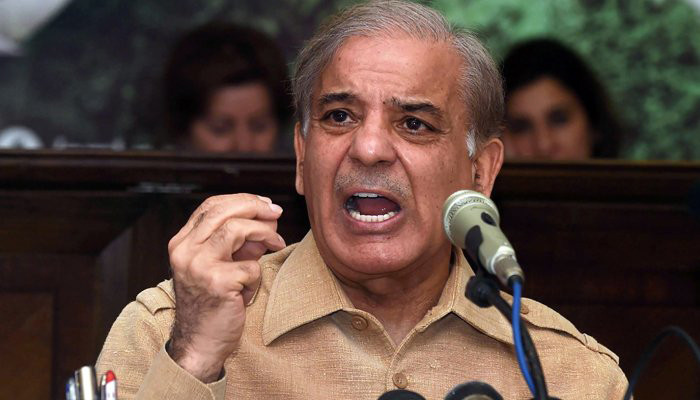 LAHORE: PML-N President Shahbaz Sharif on Tuesday has said that the prime minister should worry about the country’s deteriorating economy rather than the Opposition’s meetings.

Talking to journalists in Lahore, the PML-N president said that the country’s economic situation has never been this worse before.

“Throughout the history of this country, inflation has never been as high as it is now,” he said, adding that no other government in the past had accepted such huge amounts of international loans.

Upon being asked by a journalist if the prime minister was worried about PML-N’s political meetings, Shahbaz replied: “The prime minister should focus on the country’s inflation rate, unemployment and the catastrophic situation of the economy.”

He also criticised the sugar and wheat scams, saying that “corruption price billions of rupees is occurring below the nostril of the federal government.”

Earlier, Shahbaz Sharif met PML-Q’s Chaudhry brothers — allies of the PTI-led government — at their residence after 14 years in a bid to mount pressure on the government.

PML-N on Twitter said that both sides discussed the current political situation in the country in detail and also shed light on other issues of mutual interest.

“Again us in our bid to carry a no-confidence movement towards [PM Imran Khan]. The Opposition has a unanimous stance that the federal government should go residence,” sources quoted Shabaz as saying.

In response, according to sources, the Chaudhry brothers told Shahbaz that they would “seek the advice of their occasion leaders on the present political state of affairs” as the coming days “are vital”.

“We are going to undertake a technique after consultations,” the brothers said.