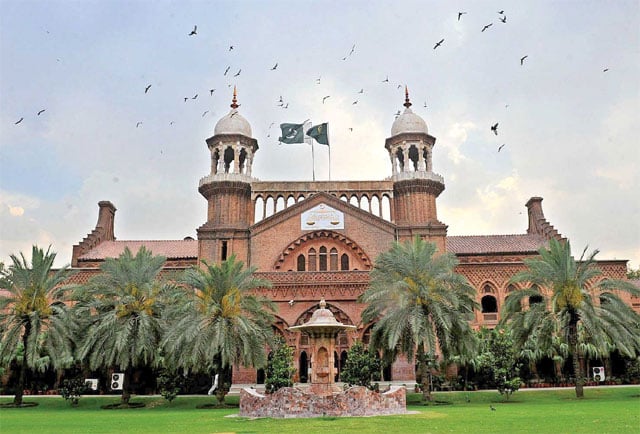 
Lahore High Court’s (LHC) Justice Muzamil Akhtar Shabir on Thursday issued a notice to Punjab Chief Minister’s Principal Secretary Muhammad Khan Bhatti and ordered him to submit his reply again in a plea challenging his appointment, which according to the petitioner, violated due process.

As proceedings commenced, petitioner’s counsel advocate Mian Dawood implored the court that the principal secretary’s appointment is a question mark.

Advocate Dawood contended in the petition that it is a settled law where it was found that any person holding any position in or related to the government or performing functions directly, indirectly or incidentally in connection with affairs of the federal or any of the provincial governments or any local authority had been appointed in the basis only of political affiliation (as political favor) and represented an exercise to reward cronies at the expense of public money, the superior judiciary could extend its outreach to undo such appointments.

He further implored that the chief secretary issued a notification on July 26 in which it was stated that Bhatti is transferred with immediate effect and posted as principal secretary to chief minister Punjab against a vacant post.

However, the chief secretary, apparently in order to cover his illegality issued another notification, having the same number and the date, which stated that the respondent is transferred with immediate effect and posted as principal secretary to chief minister Punjab against the vacant post on deputation basis.

He also implored in the petition that the post of principal secretary belongs to the services and general administration department (S&GAD) Cadre as notified by the government of Punjab, therefore an employee of an autonomous body or special institution having a separate secretariat, such as the Punjab Assembly, cannot be appointed on the post of principal secretary to CM Punjab.

On a point, Justice Shabir asked why did Bhatti not submit his reply, to which the court was informed that the senior council in this case is actually arguing a case in another court.

The court was requested in the petition to declare the appointment of the principal secretary to the chief minister as illegal and that the notifications issued for his appointment be set aside.

It was further requested to award time to submit a reply. However, the court fixed the next date for submitting a reply before the court.