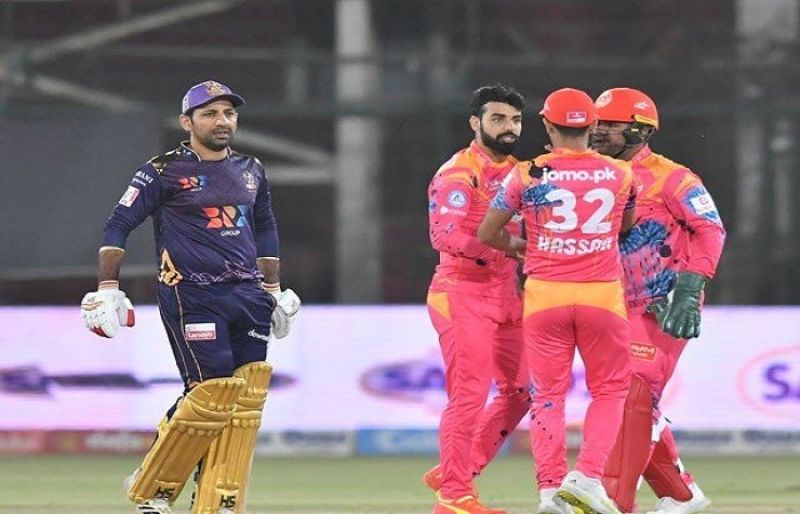 Two-time champions Islamabad United will lock horns with Quetta Gladiators in their first match of the Lahore-leg of the ongoing seventh edition of the Pakistan Super League (PSL) at the Gaddafi Stadium Lahore.

After suffering a setback against United in their last fixture, Gladiators will be aiming to make amends in this match.

However, it is pertinent to mention here that Gladiators have suffered a major blow after Mohammad Nawaz was ruled out of the tournament following an injury. However, they will take heart at Jason Roy’s return to the team, who hit a blistering century in their last match against Lahore Qalandars.

Meanwhile, two-time champions Islamabad United seem to be confident ahead of the clash as they aim to strengthen their position on the points table, where they are currently standing at third position with six points.

So far, 14 matches have been played between the two sides, with Quetta Gladiators taking victory in seven matches and Islamabad United emerging victorious in seven.

Paul Stirling hopeful of playing for Islamabad United in next PSL