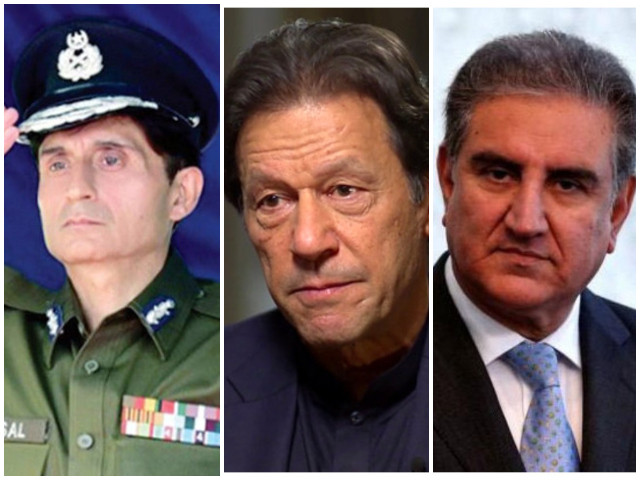 
Inspector General (IG) Punjab Faisal Shahkar has requested for his services to be withdrawn from the Punjab government with “immediate effect” as a deadlock persists over the registration of an FIR against an attack on Pakistan Tehreek-e-Insaf (PTI) chief Imran Khan.

In a letter to the provincial government, the IG Punjab has said that he can no longer continue to serve his duties owing to “personal reasons” and has requested to be placed at the disposal of the federal government.

On Thursday, the deposed prime minister had suffered a bullet wound to his leg after a gunman opened fire on his container as Imran was leading the PTI’s “Haqeeqi Azadi March”.

While the police had on Saturday taken another person into custody in connection with the attack on Imran and other party leaders during their long march in Punjab’s Wazirabad but the case of the incident is yet to be registered despite the passage of three days.

According to sources, IG Punjab had expressed reservations about the names being mentioned in the FIR which ultimately led to the deepening of rifts between the IG and Punjab government and PTI.

It may also be noted here that yesterday, PTI Vice Chairman Shah Mehmood Qureshi had urged Shahkar to resign from the post saying that if he “cannot register an FIR against the attack on Imran Khan then he should leave the post”.

“For Shah Mehmood Qureshi to curse the uniform of thousands of martyrs of police is indeed very sad,” the spokesman said.

“The Wazirabad incident is regrettable and we sympathise with all victims that were killed and injured,” the statement added. However, it furthered that “in view of the sensitive nature of the allegations being leveled by the political party, the extreme caution being taken by the local police is not incomprehensible”.

The spokesman also said that “it is nothing new” for the police to “take such caution in cases related to sensitive national and political issues” while noting that “similar restraint has been shown in the recent past on requests against various political and national leaders for charges of allegations such as insulting national institutions and religious sentiments”.

“Leaders of Shah Mehmood Qureshi’s party are also included among these political leaders,” he added.

The spokesman asserted that “the police are performing their duties beyond political and group interests” and urged the government to “take notice of the desecration of the police uniform by the party leader”.