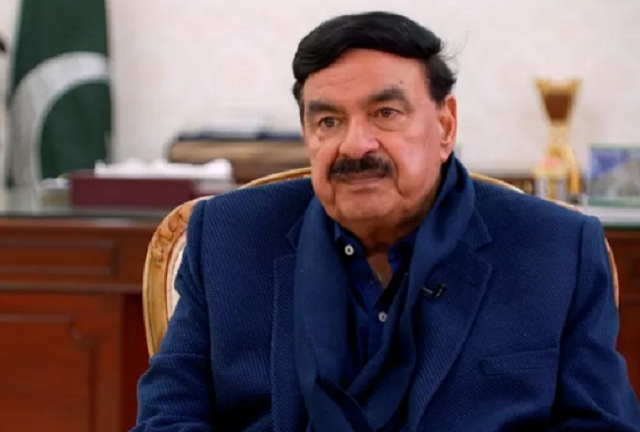 The former interior minister and the PTI’s close ally made the comment in a tweet adding that it has been three days since the assassination attempt on the PTI chief and a first information report (FIR) is yet to be registered.

He also maintained that there has been “no drop in the political temperature”.

“Judges are highly respected but not investigative. Incompetent unpopular government has failed completely,” he added.

Referring to the Pakistan Electronic Media Regulatory Authority’s (PEMRA) recent ban on Imran’s live speeches and press conferences, which was lifted after hours by the federal government, Rashid said that the PEMRA’s “failed censorship is a conspiracy against the media”.

The deposed prime minister had suffered a bullet wound to his leg on November 3 after a gunman opened fire on his container as Imran was leading the PTI’s “Haqeeqi Azadi March”.

One person had died in the incident, while several members of the PTI chairman’s close circle, including Senator Faisal Javed, former Sindh governor Imran Ismail, Ahmad Chattha and Imran Yousaf, were injured.

Despite the passage of three days, the PTI leadership is still consulting with its legal team over the registration of the FIR.

However, a family member of the deposed premier has penned a request to SHO Wazirabad City for registration of the FIR.

Previously, police sources had said the decision had become difficult about where and who would register the case.

They had added that the police had not received the request for nominating the names of top officials in the high-profile case.

According to the sources, the area’s SHO repeatedly tried to contact the Gujrat district police officer in connection with the case but received no response.

There had also been speculation that the case will be filed on behalf of the state with the Counter-Terrorism Department (CTD).