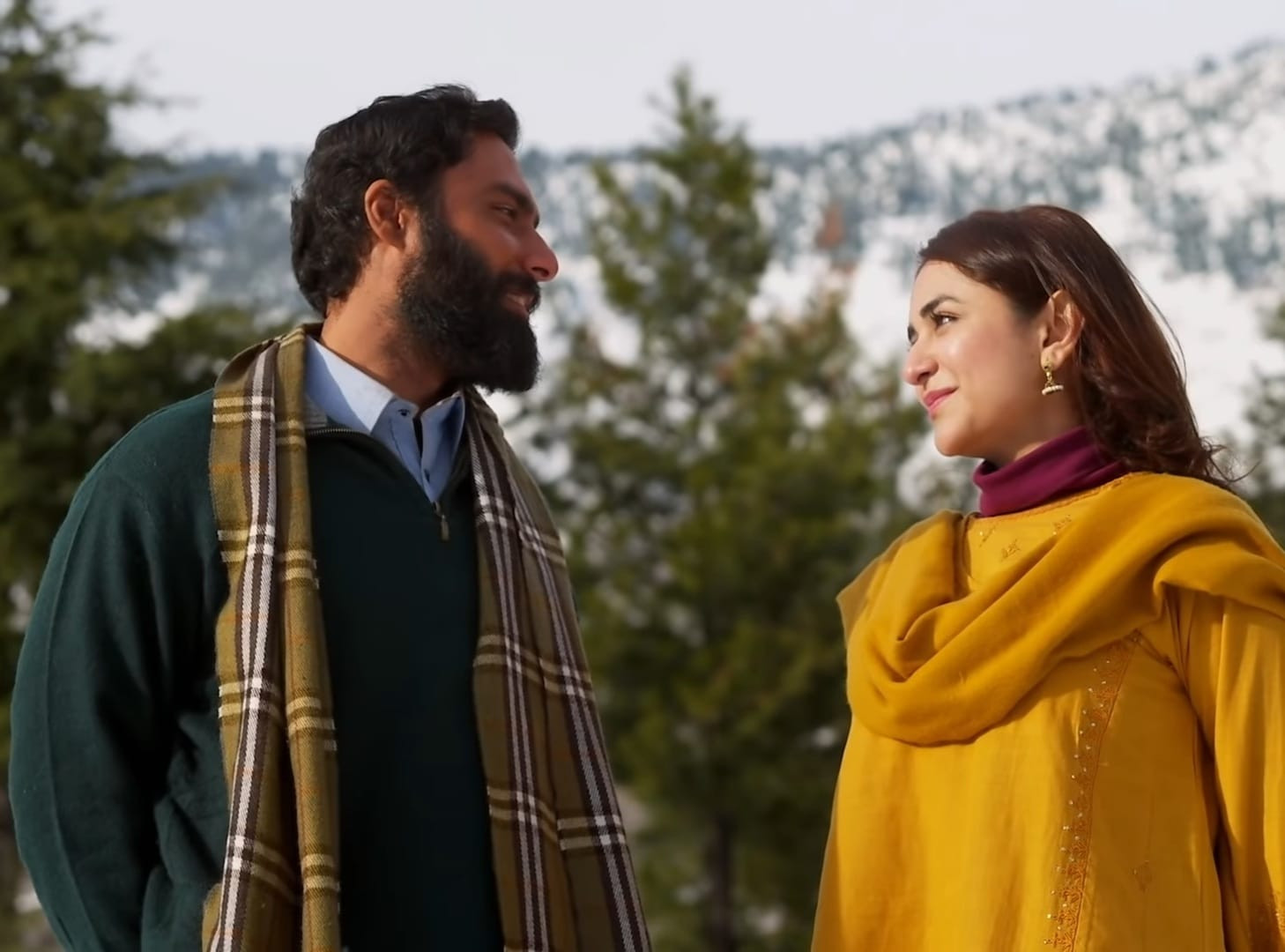 
This piece comes from a rather disgruntled Pakistani TV drama fan. One who used to be crazy about TV serials back in the day but like most of you, eventually grew tired of repetitive, unrealistic and problematic storylines. The plots would just not resonate with anything of substance and everything else seemed so unmoving. And then a drama came to limelight due it’s overt blackfacing.

No one knew that a serial which had pulled you in for it’s problematic stylistic choices would eventually offer more in praise of the actor who was being called out for colouring his face black. The mere curiosity ended in a binge-watch marathon and safe to say, Parizaad was a game changer for Pakistani TV and a big warm welcome to the universe of Ahmed Ali Akbar; the actor we all thought nailed it in Laal Kabootar but no one really cared about when the film came out.

While the serial is replete with unresolved questions and spaces of basic cause and effect events, this is not about that. It’s about how Hashim Nadeem brought forward the familiar voice of thousands of socially awkward individuals struggling with an inferiority complex and an imposter syndrome along with what seems like a forever cursed fate.

Based on a novel of the same name, the main lead eventually suffocates to death by a self-created prison of unfulfilled desires but thankfully, the serial took another turn— a better one.

Nadeem’s exceptional writing closes the serial with a hopeful voice for such individuals, that there’s a larger purpose to chase beyond your inhibitions and complexes. And while for most people, Parizaad’s happy ending was finally finding love, what truly stood out was how he found a home where he truly belonged. Zindagi mohabbat ke bina kaati ja sakti hei maqsad ke bina nahin (Life can be lived without love, but not without purpose.)

In an industry, where happy endings are usually associated with marriage and love, it was brave of Nadeem to show an alternate reality where he finds a meaningful purpose alongside the desire to love and be loved.

The final episode began with a recap of Parizaad’s journey showcasing the tremendous growth he had made. We see him in the many roles he embodies, from an aspiring poet to a college dropout, from a mechanic and chauffeur to an inmate, from a business tycoon to a nomad, up until he becomes Ahmad, the guy who takes on the project to fund education for those in need.

Unless the production wanted viewers unfamiliar with the show to catch up in the last episode, dedicating the first part of the show to a recap was unnecessary and to be honest, boring. It could’ve been way less detailed and easily avoided. If a 2 hour ‘mega episode’ contains more than 30 minutes of summary, you are clearly stretching the fabric for wrinkles.

Moving on, the second last episode had everyone heartbroken over Qurutulain, known as RJ Annie (Yumna Zaidi) failing to recognise Parizaad after gaining her eyesight. (Side note: the whole idea of Annie, a college student, falling in love with Parizaad’s poetry and then chasing him while he’s the country’s biggest business tycoon was a bit bizarre but well, bearable.)

Anyway, not knowing how to cope with another heartbreak, Parizaad’s self-esteem goes to an all-time low. In a conversation with Sharjeel (Fahad Mirza), it is then revealed that Annie knew about his love for her and had been searching for him ever since. However, Parizaad thought of himself as a worthless person, undeserving of love as he pleaded Sharjeel to take her away before she found him.

But she does end up finding him.

Parizaad, now called Ahmed, is far away from his wealthy lifestyle in Karachi. He has found a new name, Ahmed, and a new purpose in the snow-capped mountains, where he funds the education of a young boy named Javed, who goes on to win a national award and a government-funded grant, and an event is organised to celebrate his success story.

Javed forces his mentor, Ahmed, to speak at the event. As dramatic as it sounds, Quratulain recognises his voice as soon as she listens to it and that marks the beginning of their new journey. The ending is powerful and moving, all credits to the brilliant writing and direction by Shahzad Kashmiri and of course, Zaidi and Akbar’s acting prowess.

Who would have thought that even after blackfacing claims, Akbar’s casting would turn out to be the best decision anyone ever took on Pakistan’s mainstream telly? Perhaps this was nature’s way of correcting it’s course, and telling us that while it is important for the art and artists to be up to speed with contemporary political discourse, it is also art that has the potential to rise above everything else.

Akbar’s body language, his expressions, his movements personified the anxious, lost and evermore defeated person he felt, desiring emotional security. He did not need dialogues to convey his discomfort, his screen presence delivered it. Throughout the show, you barely see Parizaad smiling, but the last episode sees him smiling wide with his eyes as he works on his passion project to educate people. 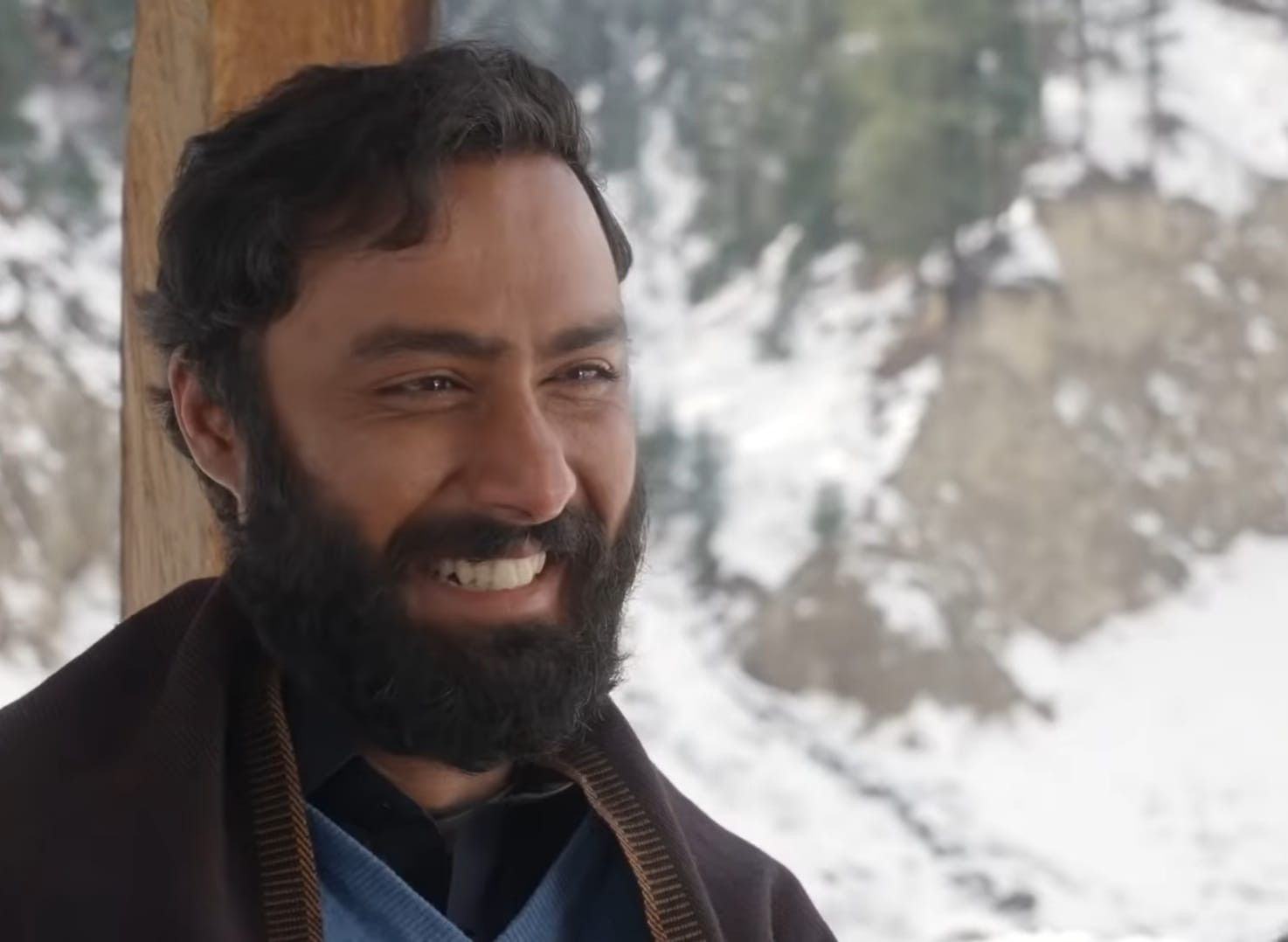 Interestingly, the finale was not rushed to show them as a couple, it took its time to establish the relationship they shared, leaving enough room for the viewers to choose what they’d like to colour in the empty spaces.

The last scene depicted the rawness of their connection with Annie understanding Parizaad’s internalised self-destructive behaviour as a coping mechanism only to remind him of the world outside of it. It’s hard to accept love if you’ve been devoid of it throughout your life and enforcing the idea that past traumas can be unlearned and dealt with in better ways was a key insight. People with a traumatic past need patience and time to overcome their insecurities and this show normalised that.

The drama ends with a recitation of a rendition of Munir Niazi’s arresting Hamesha Dair Kardeta Hoon.

Remi Bader opens up about her friendships with Khloé Kardashian, Meghan Trainor