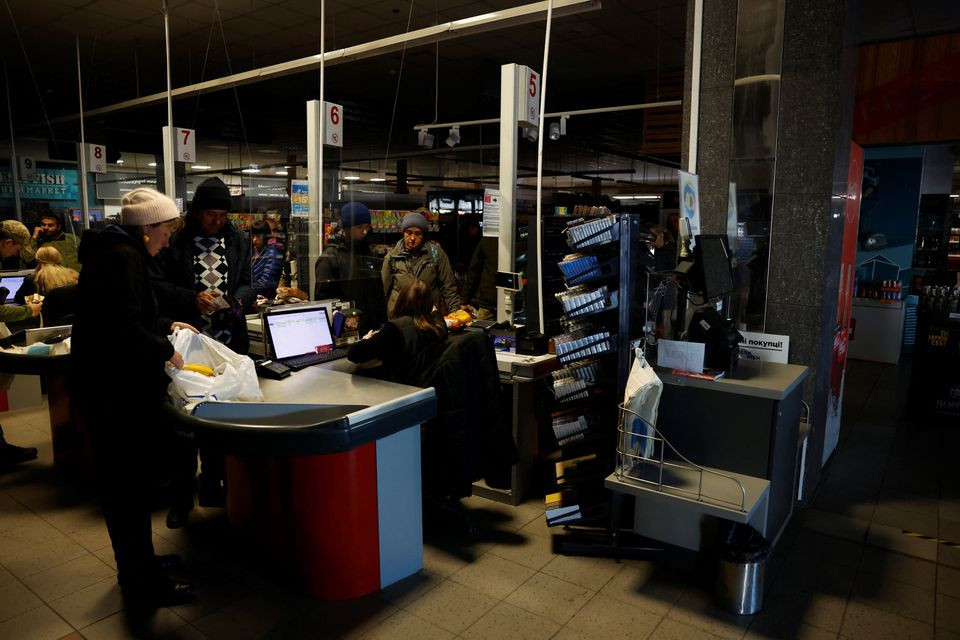 
Russia knocked out electricity in the whole of the Kyiv region on Wednesday in missile strikes that pummelled energy facilities across Ukraine and caused blackouts in neighbouring Moldova.

At least one person was killed and 20 wounded in the Kyiv region, where water supplies were also badly disrupted after critical infrastructure was hit, local officials said.

Reuters correspondents in and around the capital said they heard several loud explosions and that air defence missiles were flying overhead.

“(Missiles) Hit one of the capital’s infrastructure facilities. Stay in shelters! The air alert continues,” Klitschko wrote on the Telegram messaging app.

The regional administration later said: “The Kyiv region is completely without electricity. There is also a partial lack of heating and water supply.”

They gave no details of what infrastructure was hit. But Russian forces have increasingly targeted Ukrainian energy facilities in recent weeks as they faced setbacks on the battlefield following their Feb. 24 invasion.

Ukraine’s national power grid operator said on Tuesday the damage dealt to power generating facilities was “colossal” but dismissed the need to evacuate civilians even though temperatures have dropped with the onset of winter.

Wednesday’s missile strikes also caused blackouts across all of the Chernihiv region in northern Ukraine and emergency outages were imposed in Lviv in Western Ukraine and most other regions.

Half of Ukraine’s neighbour, Moldova, suffered a blackout, the deputy prime minister of the tiny former Soviet republic said.

Ukraine’s nuclear energy firm Energoatom said units were shut down at the Pivdennoukrainsk nuclear power plant in southern Ukraine because of a loss of power after the air strikes but added: “Everything is fine with the station.”

A local official said units were also not operating at the Khmelnytskyi nuclear power plant in western Ukraine.

Russian attacks have knocked out power for long periods for up to 10 million consumers at a time. Ukraine’s national power grid operator said on Wednesday more blackouts would be necessary across the country but did not many people were affected.

Ukrainian officials said a newborn baby had also been killed in a Russian missile attack that hit a maternity hospital in the city of Vilniansk in southeastern Ukraine earlier on Wednesday.