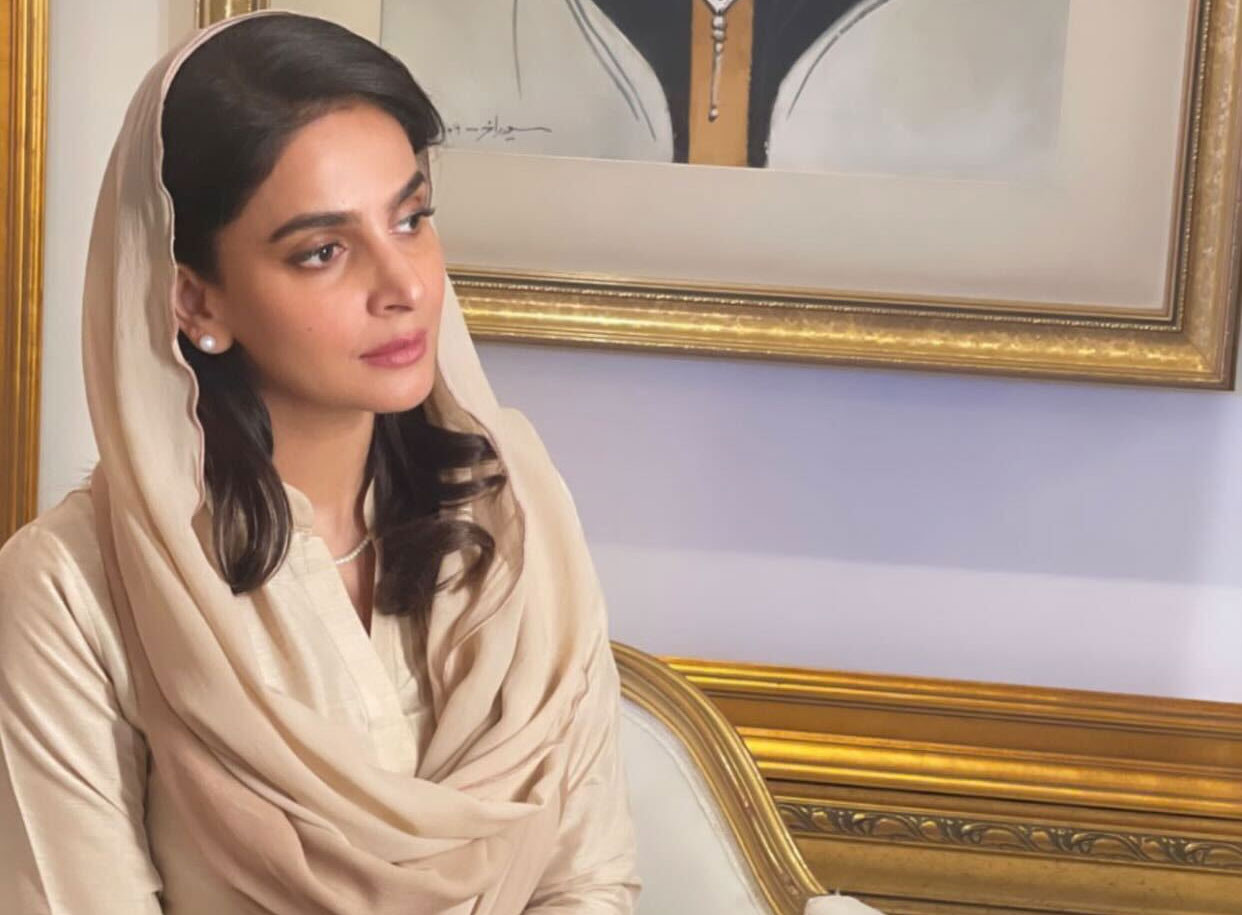 Seems like Saba Qamar has finally had her long-time wish come true! The actor, who had previously hoped to essay a politician onscreen, is finally getting to play the role of a lifetime!

Qamar’s upcoming project, Mandi, sees the star as a stateswoman named Uzma. The web series also stars Mikaal Zulfiqar in a pivotal role, who also shared screen space with the former and Ahsan Khan in her latest offering, Fraud. Without sharing details about Mandi, Qamar took to Instagram and confirmed the news of her portraying a politician in her upcoming venture. Qamar and Zulfiqar have been shooting for the aforementioned web series.

Many speculated Qamar’s Uzma is heavily inspired by PML-N Vice President, Maryam Nawaz Sharif, however, neither the actors or the makers have confirmed the same.

In May this year, while speaking to The Express Tribune, Qamar expressed her wish to play either the PML-N leader or late former prime minister and PPP chairperson Benazir Bhutto onscreen. “I would love to play a politician on screen!” Qamar shared with the publication as she discussed her dream role.

“I think we can make a brilliant biopic on Mohtarma Benazir Bhutto. I am also willing to play Maryam Nawaz Sharif on the big screen. I feel I can do justice to it.”

She further added, “I am excited about essaying a politician because their lives have so many layers. They are a different person when engaging with the public, different when they are home with their families, and someone else when they are with their peers. It’s fascinating. Politicians are no less than actors. So, I do think it’s relatable.”

Apart from Qamar and Zulfiqar, actor Ainy Jaffri is all set to make her small screen come back with the same project. The 33-year-old actor was last seen on TV in 2018 in Tajdeed e Wafa and in 2017 in the fan-favourite rom-com Balu Mahi.

“It’s been a minute,” wrote Jaffri on Instagram as she confirmed the news of her working alongside Qamar, Zulfiqar and Shayan Khan. She added, “[I am] extremely humbled and excited to be part of this project and join a supremely talented cast. After a four-year break, to spend time with my new son and family; I am simultaneously nervous and also thrilled to be entering the acting space again.”

She continued to tell how the break made her realise her passion for acting, saying it was not a “passing fancy” and something that she could never give up on. “The break has taught me to be more patient and the very valuable lesson that being a woman and a mother means that while you can’t have it all at the same time, you can have it, in turns, when the time is right,” the Aseerzadi actor added.

Co-star Qamar also commented on the post. “Most welcome, love,” she wrote. The Baaghi star also posted a video today while on route to her shoot with the caption, “Mandi–Day 10” further confirming the news.