About 300 km east of Halifax, Nova Scotia, lies a narrow, crescent-shaped sandbar, whose existence has been a bane on shipping for centuries. The sickle-shaped island is located in the middle of a major transatlantic shipping route and rich fishing grounds. Additionally, the island is surrounded by dangerous currents and is often shrouded in dense fog. In the past, due to the limitations of navigation technology, ships regularly ran aground on the sandbars and were destroyed by the strong waves in the area. The ocean floor surrounding the island is littered with the remains of ships that were sunk by the storms, earning the island its nickname as “the Graveyard of the North Atlantic.” 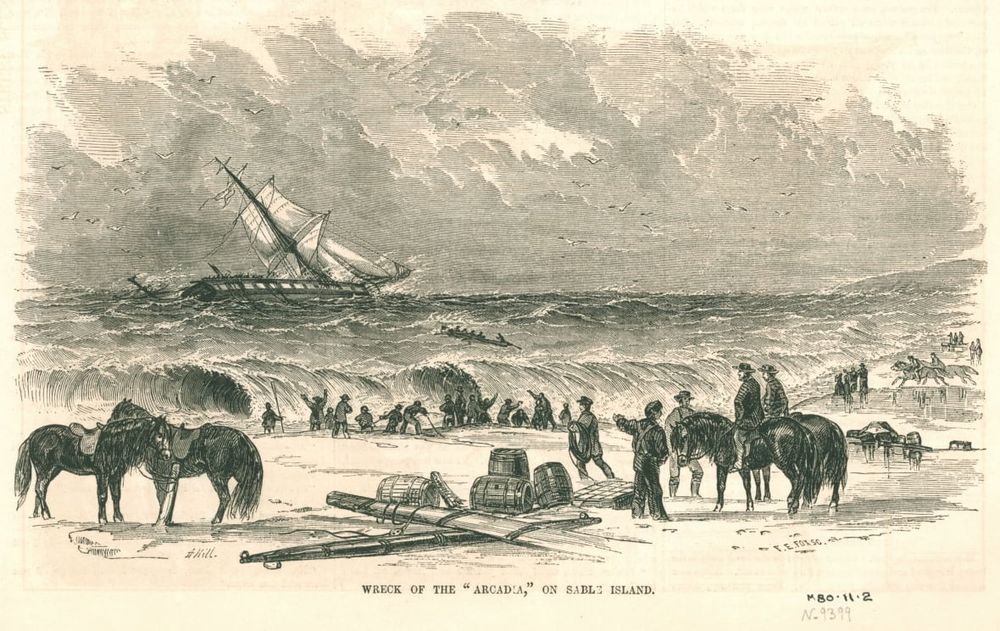 An engraving from Ballou’s Pictorial, a Boston newspaper, shows the wreck of the Arcadia at Sable Island. Photo: Maritime Museum of the Atlantic

The first European to encounter Sable Island was Portuguese explorer João Álvares Fagundes in 1520-21. He named the island after himself, Fagunda. Later, the island appeared in Portuguese maps under various names—Santa Cruz, Barcelos, and Isola della Rena. The name Sable Island (after the French word sable, or “sand”) appeared first in the early 1600.

Sable Island is about 40 kilometers long and only about 1.2 kilometers wide at its widest point. In addition to the visible part, sandbars extend out about 30 kilometers on either end. The fierce ocean currents sweeping around the island causes the sand to shift, changing the contours of the island constantly. On top of that, when warm air from the Gulf Stream hits air cooled by the Labrador Current, it produces dense banks of fog that keeps the island hidden for 125 days a year.

Prior to modern navigation instruments, the sextant was the principal instrument used to fix a ship’s position. Although accurate, a sextant only worked when the sun or the stars were visible. In dense fog or cloudy skies, they became useless. In bad weather, a ship’s captain navigated by dead reckoning, where the ship’s speed and direction was used to estimate the ship’s position. But even in good condition, it was an educated guess at best. Many shipwrecks occurred because the captain misjudged his position and bumped into the island by mistake. 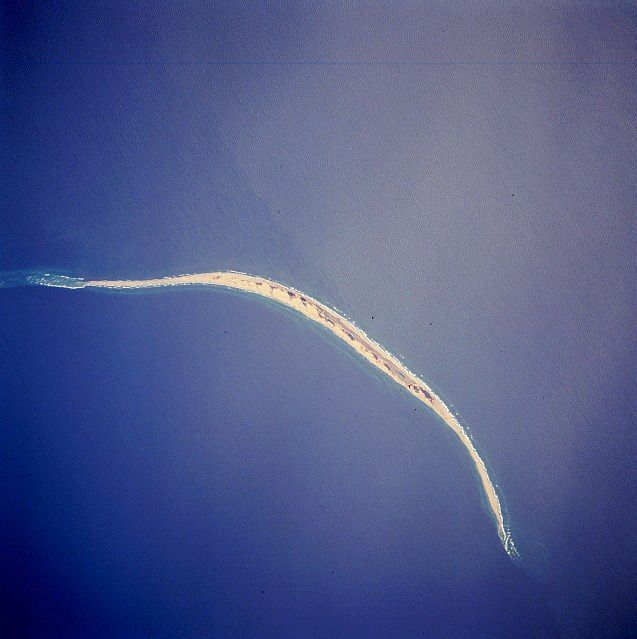 Sable Island had no trees and no shelter. Once shipwrecked, survivors had little hope for rescue. Hundreds of men, women and children is thought to have perished on Sable Island.

In order to save as many lives and protect as much property as possible, the British government established an organization called the Humane Establishment on Sable Island in 1801 to help vessels in distress. Two rescue stations were established, one on each end of the island, that were permanently manned by employees of the Establishment whose job was to help shipwreck survivors when needed. Warning flagstaffs were erected, and beach patrols implemented. Light stations were eventually put up in the late 1800s, although they had to be moved as the sands underneath them shifted away. 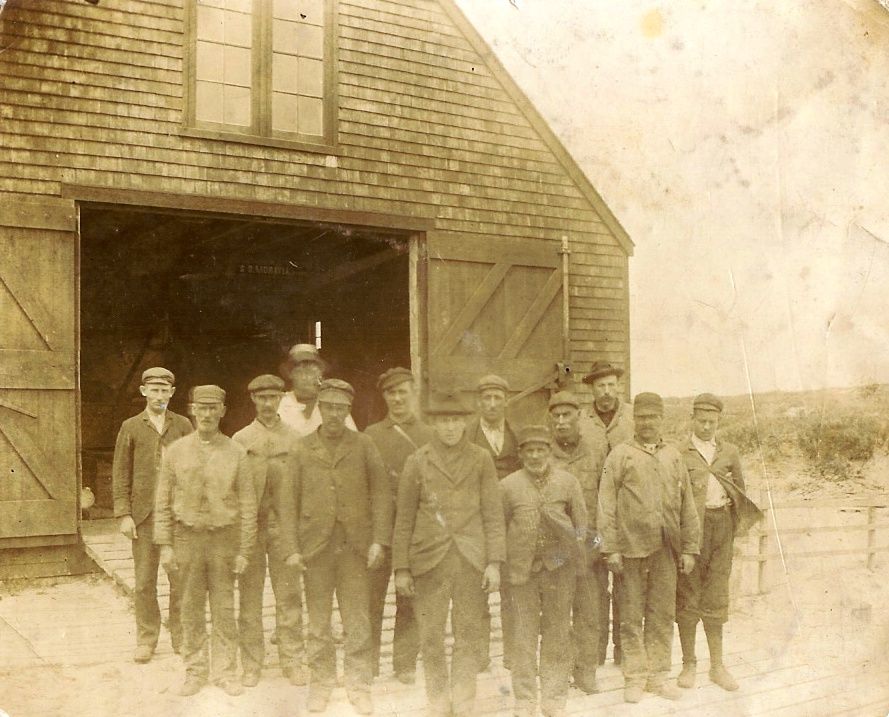 The employees of the Establishment had a hard time living on Sable Island. The Establishment frequently faced financial and supply shortages, resulting in a frequent risk of starvation. This was exacerbated when extra people were brought in by wrecks, putting a strain on the island’s already dwindling supplies.

We have a great many Wrecks here this Winter with Seventy Six Persons, besides the Twenty five persons belonging to the Establishment to Feed, and from the very small stock of Provisions put on the Island last October, say 15 bbl of Flour, and five barrels of Bread, I have had Serious apprehensions of much Suffering, some of those persons have been here since the 12th of November, and we lost a great many of our Potatoes, by the universal complaint that is among them, I have been, and am now killing cattle to feed one hundred & one mouths and we shall be entirely out of Provisions by the last of February if even no more Distressed people comes on the Island.

Despite the hardships, several employees lived in the island for years raising families and even giving births. Improvements in navigation led to a dramatic drop in shipwrecks by the mid 20th century. As such, the rescue station on Sable was reduced and eventually closed in 1958. The last major shipwreck was the steamship Manhasset in 1947. Her crew were all saved. No further wrecks occurred until 1999, when the three crew members of the yacht Merrimac survived after their sloop ran aground due to a navigational error. 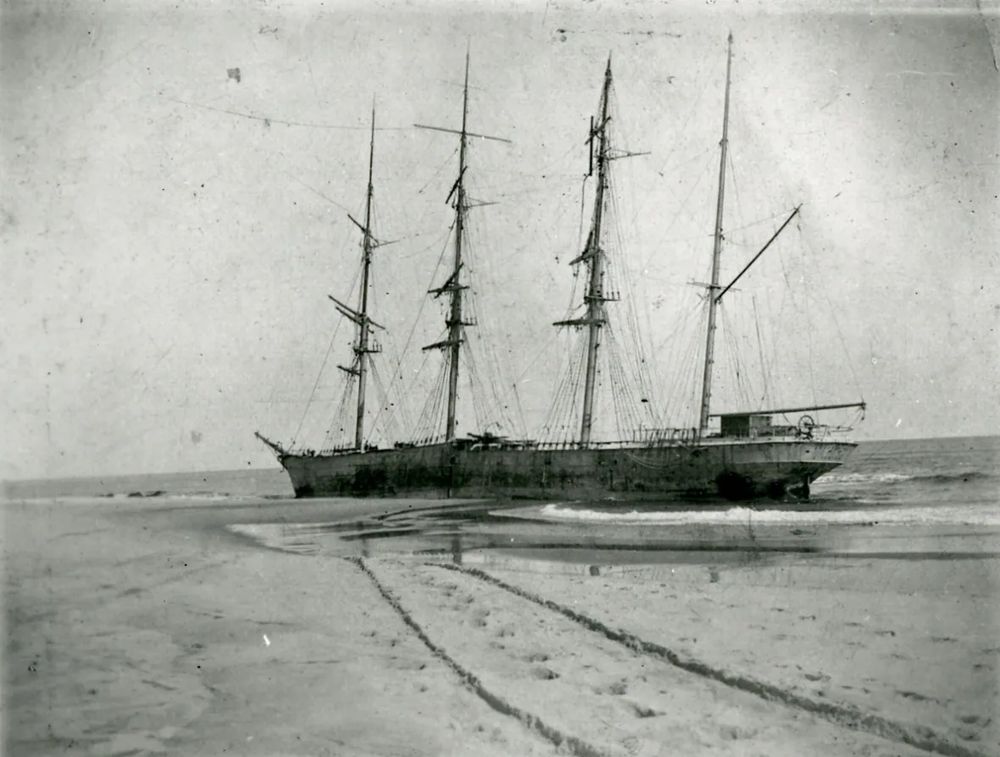 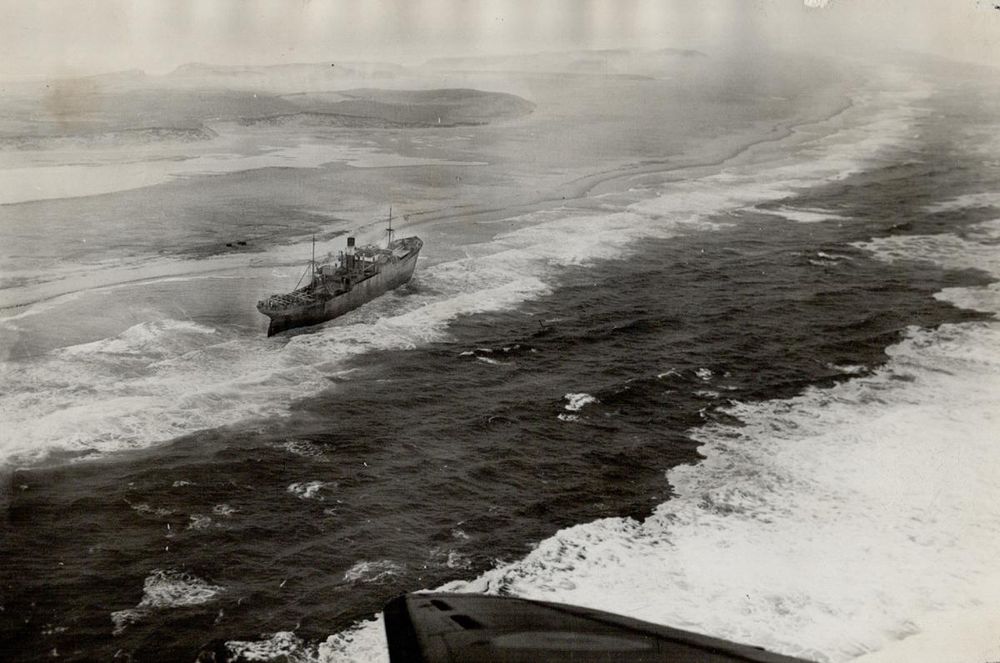 Sable Island is currently staffed year round by three government employees, who man the weather station there. Aside from them, the island’s only other permanent inhabitants are its feral horses. These horses were brought to the island in the 18th century, and were used by men of the Humane Establishment to patrol the island, searching for ships in distress. The animals also moved lifeboats and equipment to sites of shipwrecks.

Previously, surplus horses were captured, transported away from Sable Island, and sold, frequently used in coal mines on Cape Breton Island, Nova Scotia. But in 1960, the Canadian Government, under the Canada Shipping Act, granted the horses on the island full protection from human interference. 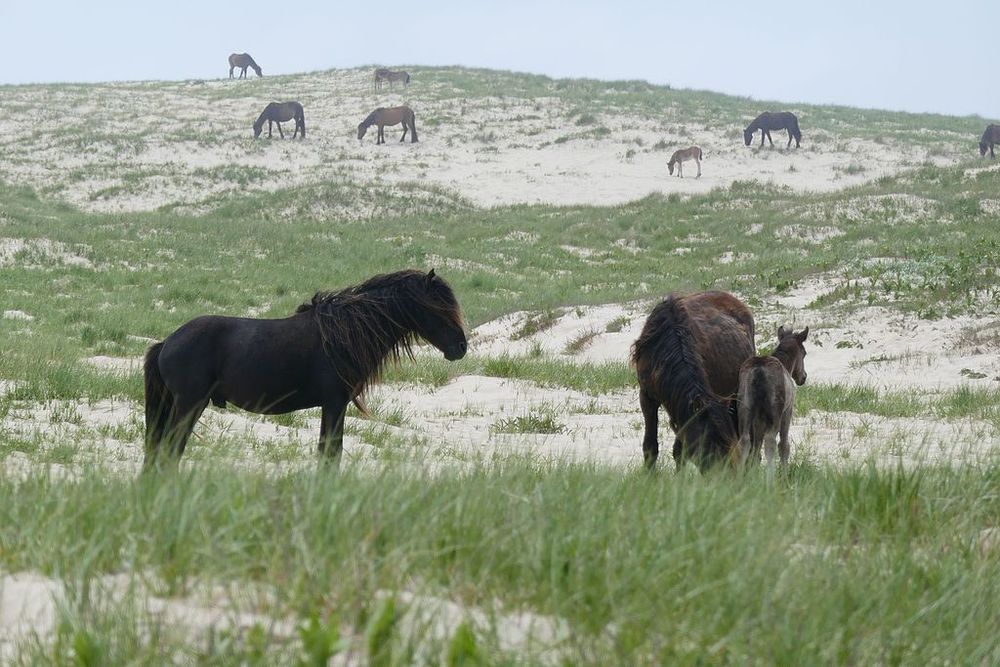 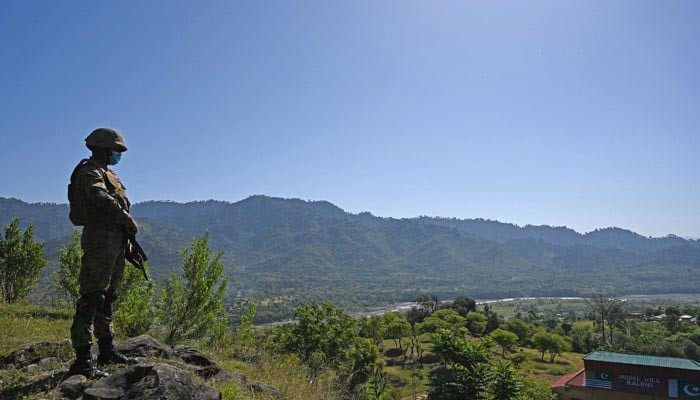 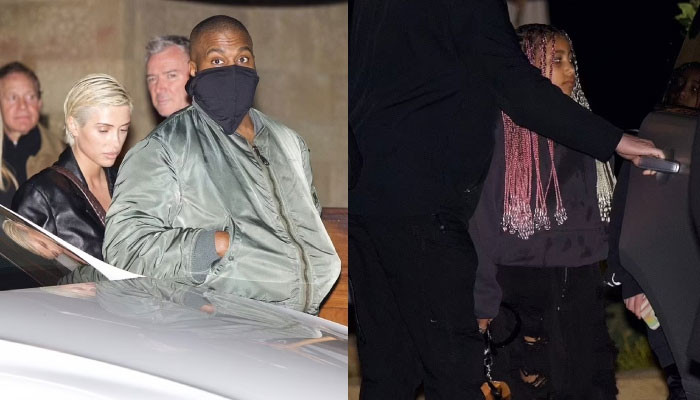 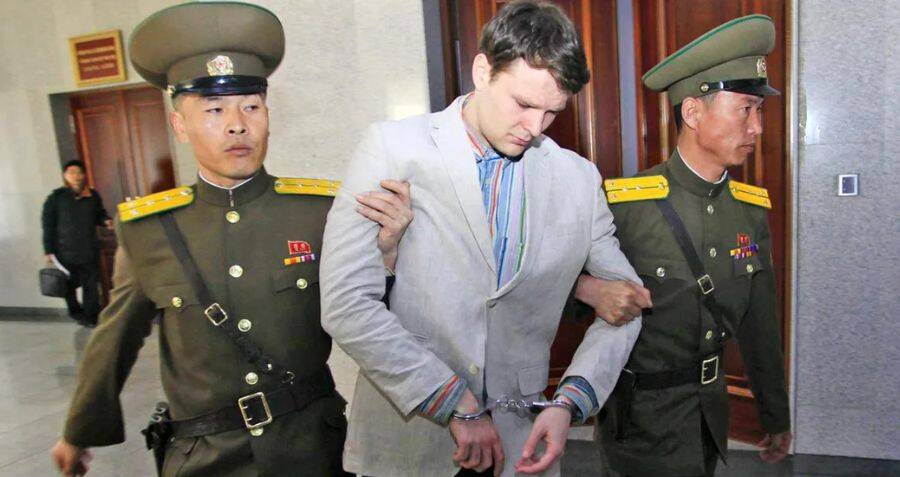