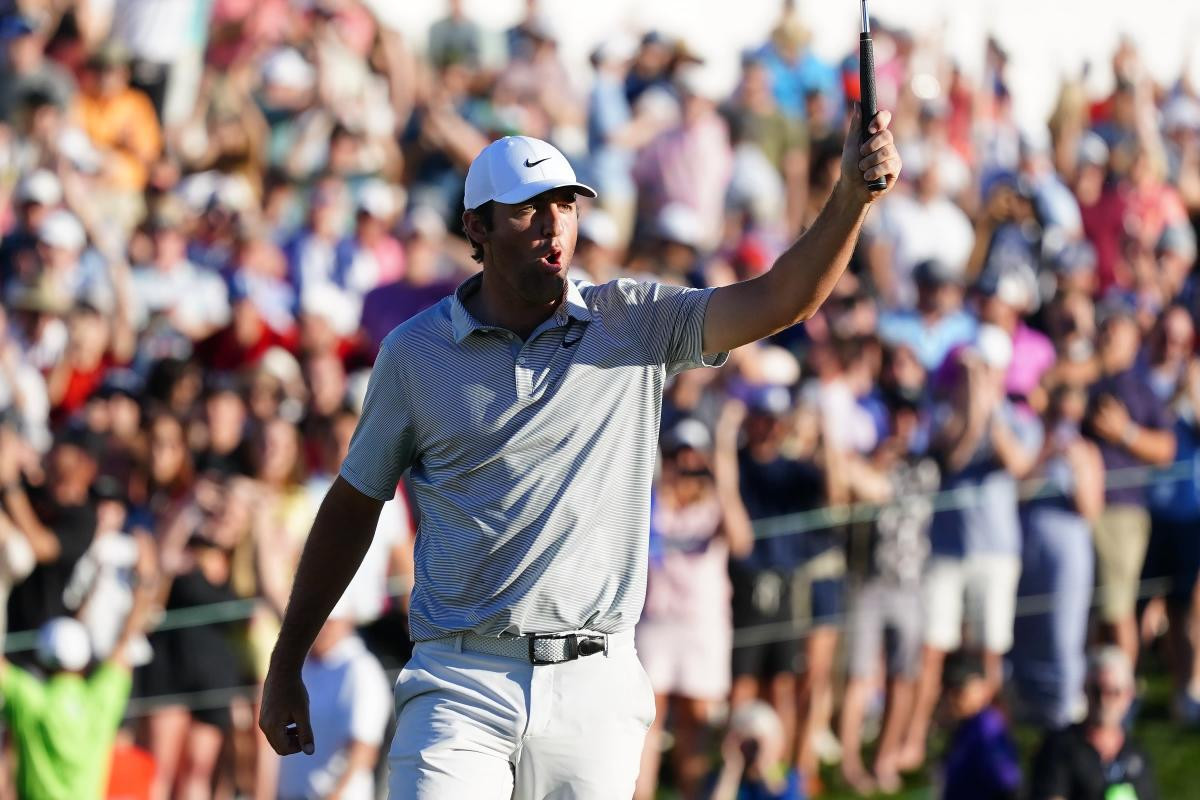 
Scottie Scheffler drained a 26-foot birdie putt at the third playoff hole to win his first US PGA Tour title at the Phoenix Open on Sunday ahead of world No 4 Patrick Cantlay.

Scheffler had looked to be in trouble when he found a fairway bunker off the tee at the final playoff hole, while Cantlay was in the fairway. But he blasted out to the green and rolled in his putt, watching as Cantlay was unable to get his own birdie effort to drop.

“I’ve had a few putts on this green now. I started to have it figured out pretty good,” Scheffler said. “It’s kind of a tricky hole location. This one we got a good read on it and it chased down nicely.”

Scheffler had birdied four of the last six holes at TPC Scottsdale to roar into contention with a four-under par 67.

He finished tied on 16-under 268 with Cantlay, who had four birdies in his four-under 67, but just one of them on the back nine.

Scheffler started the day two shots off the lead and got going with a 22-foot birdie putt at the second hole. He blasted out of a greenside bunker to nine feet on the way to a birdie at the third, and followed a bogey at the fifth with a birdie at the sixth before back-to-back bogeys at seven and eight stalled his charge.

After a birdie at 10 was followed by a bogey at the 12th, Scheffler birdied three straight, sandwiching birdies at the par-five 13th and 15th around a nine-foot birdie at the 14th.

He gained a share of the lead with a birdie at the driveable par-four 17th, where his chip from off the green left him a four-footer.

He had a chance to seize the win at the 72nd hole, but his five-foot birdie attempt didn’t fall.

“I didn’t hit a bad putt,” he said. “It didn’t feel great coming off the face, but I think I just hit it through the break. I think there was a little bit of excitement, whatever it was.”

He and Cantlay headed back to the 18th tee, and both parred the hole twice before Scheffler polished off the victory.

For awhile, it looked like 318th-ranked Sahith Theegala would be the tour’s third-straight first-time winner.

The 24-year-old Californian rookie, playing on a sponsor’s exemption, had a one-shot lead to start the day and led much of the way. His fourth birdie of the day at the 15th, where he blasted out of a greenside bunker to four feet, put him 16-under.

But he hit his tee shot at the 17th into the water on the way to a bogey and didn’t make the playoff, finishing tied for third on 269 with former world number one Brooks Koepka and Tokyo Olympic gold medalist Xander Schauffele.

“I thought I hit a great shot on 17,” Theegala said after closing the tournament with a one-under par 70.

“It was cutting. As long as it’s another yard right, I think that’s perfect. Kick straight and it’s good. Kicked left into the water there.

Schauffele had three birdies without a bogey in his three-under 68.

Mexico’s Carlos Ortiz enjoyed a classic Phoenix Open moment, acing the par-three 16th to the delight of the thousands of fans in the stadium-style gallery there.

After dodging the drink cans and debris that rained down on him in celebration, Ortiz then followed up with an eagle two at the 17th.

“I honestly thought it was a little bit short,” he said of his nine-iron at 16. “That’s why I started walking. I was pretty surprised that got in.”