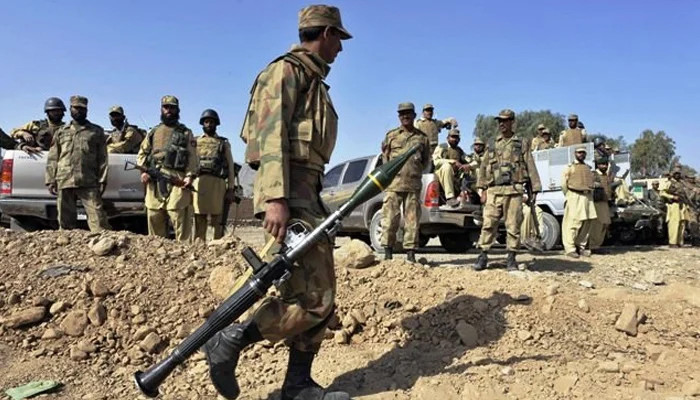 The terrorist, before being shot down, fired small arms and also tried to lob a grenade, the ISPR said in a statement.

Appreciating the forces, the ISPR said they initiated a prompt response and effectively engaged the terrorist as they were “alert and prepared for the situation”.

The military’s media wing said weapons and ammunition were also recovered from the killed terrorist, who was identified as “Sharif”. He remained actively involved in terrorist activities against security forces, ISPR noted.

“Locals of the area appreciated the prompt response of the security forces and expressed their full support to eliminate the menace of terrorism from the area,” the statement added.

The incident comes after Chief of Army Staff (COAS) General Qamar Javed Bajwa Saturday urged it is “imperative” to break the “nexus between terrorists and their sympathisers and support base” to defeat terrorism.