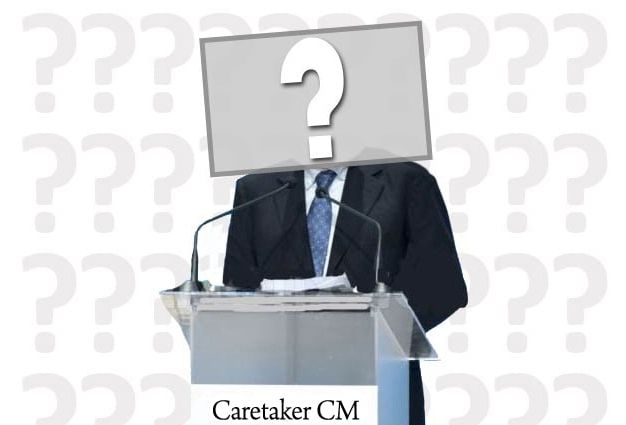 
The deadlock in Punjab over the appointment of the caretaker chief minister also prevailed in Khyber-Pakhtunkhwa (K-P) on Thursday, as Chief Minister Mahmood Khan refused to send the list of his nominees to the opposition leader in the dissolved assembly, Akram Durrani.

In Punjab, Speaker Sibtain Khan formed a six-member bipartisan committee to appointment of the caretaker chief minister after Chief Minister Parvez Elahi and opposition leader Hamza Shehbaz could not agree to a consensus name.

The provincial assemblies were dissolved earlier this month on the instructions of Pakistan Tehreek-e-Insaf (PTI) Chairman Imran Khan, triggering fresh election in the two provinces. The Election Commission of Pakistan (ECP) said that it was ready to hold the elections in the first week of April.

As per law, a caretaker set up had to take over after the dissolution of the assembly to conduct the day-to-day affairs of the province until a new government was installed after the elections. The caretaker chief minister would be appointed with consensus between the outgoing chief minister and opposition leader.

Elahi and Hamza could not reach consensus on any name as both sides rejected the nominees of each other. Later, Punjab Governor Balighur Rehman asked Speaker Sibtain Khan to form a committee to reach consensus on a single name. if that committee also failed, the matter would go to the ECP.

In K-P, Chief Minister Khan and opposition leader Durrani could not hold consultation. Now they have on Friday to reach the consensus – three days after the assembly dissolution. After that the matter would be referred to the bipartisan committee to be formed by the provincial speaker.

Senior PTI leader and former provincial minister Shaukat Shaukat Yousafzai said that Chief Minister would not send the names for the chief minister to Durrani but he could send those names to the speaker. “Durrani’s attitude towards the chief minister and his cabinet was offensive,” he told The Express Tribune.

Meanwhile, the ECP was gearing up to conduct the elections for Punjab and K-P assemblies, proposing to hold the vote in the first week of April. According to sources, the governors of the two provinces would take the final decision on the polling date.

They said that since the ECP was bound to hold the elections within 90 days of the assembly dissolution, it would start correspondence with governors next week. “No legal hurdle can come in the way of general elections of Punjab and K-P, a source said.

The sources revealed that the voting in the two provinces would be held on the constituencies based on the 2017 census, adding that the election schedule could be issued by the ECP in next two weeks following consultation with the respective governors.

The sources revealed that the ECP had reviewed a proposal for holding the voting on Sunday, since the turnout remained higher on holidays and agreed to it. Another proposal, the sources added, that could be sent to the governors was about holding the vote on more than one days. However, the provincial governors would take the final decision in this regard.

(WITH INPUT FROM SAQIB VIRK IN ISLAMABAD)